David Adickes’ “We Heart Houston” Sign is on the Move 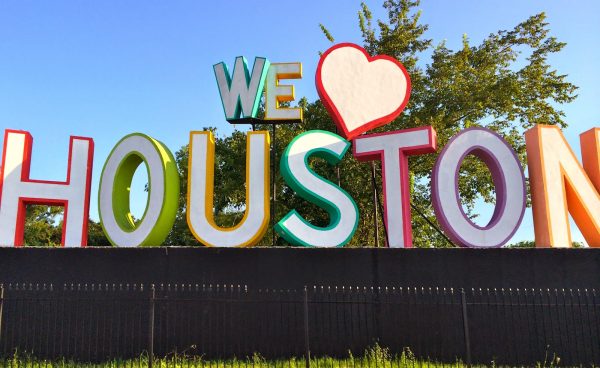 91-year-old Houston artist David Adickes is known for his large-scale sculptures. If you’ve ever driven from Houston to Dallas, you’ve come across his giant (67 foot tall) concrete statue of Sam Houston, and if you’re familiar with the bayou city, it’s likely that you’ve run into one or more of his president heads.

Now, one of his more Instagrammable sculptures, a large-scale text piece that reads “We Heart Houston” has been moved from its location on I-10 near Yale to a less busy location east of downtown, reports the Houston Chronicle. The sculpture’s former home was along a feeder road, making it difficult (and dangerous) for passersby to stop and take photos with the piece. Its new location, on a “promenade near the 8th Wonder Brewery,” provides viewers with a less heavily trafficked access point to the work. The sculpture is also joining the artist’s Fab Four statues, large-scale stylized sculptures of The Beatles, which are located near 8th Wonder.