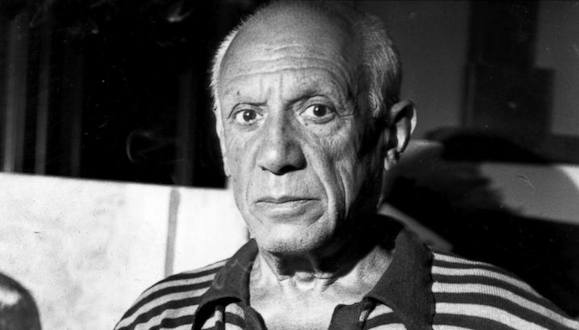 Two strange things occurred in the past week in Picasso world. First, new science has helped to discover the history of the making of a well-known painting. Secondly, a Picasso etching easily walked out the door of a Milwaukee gallery late last week. 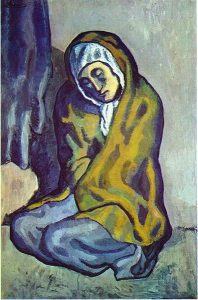 Smithsonian Magazine reports that, with the help of non-invasive imaging techniques, researchers are looking to a 1902 painting from Picasso’s “blue period”— La Miséreuse Accroupie (The Crouching Beggar)—and making new discoveries. While it has been known since 1992 that the work was painted over (and somewhat inspired by) a landscape turned on its side, the underpainting artist is now in question. The new techniques have also revealed some “mid-painting,” which shows some insight into Picasso’s process since he partially painted over his own painting.

Last Friday, a Milwaukee fine arts appraiser was leaving his office when he realized that there was a missing spot in his hallway gallery. The Picasso etching, estimated to be worth as much as $50,000, is thought to have been snagged between noon and 2pm that day, reports ABC news. The same report states that pieces by Picasso are the world’s most stolen pieces of art, with more than 1,000 active cases.