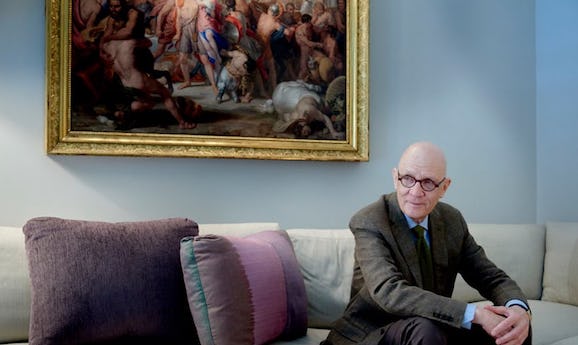 William Bryan Jordan Jr. died in Dallas on Monday, Jan. 22 at age 77 of idiopathic pulmonary fibrosis. He is survived by his husband, Robert Dean Brownlee.

Via the Dallas Morning News:

“An authority on Spanish art, [Jordan] was founding director of Southern Methodist University’s Meadows Museum. His résumé also included serving as deputy director of the Kimbell Art Museum in Fort Worth. He served on the boards of the Dallas Museum of Art, the Foundation for the Arts and the Nasher Foundation, of which he was a founding director. He also was past president of the Chinati Foundation, a contemporary art museum in Marfa.”

Jordon was born in Tennessee and grew up in San Antonio. He received his doctorate in Spanish art history in 1967 from The Institute of Fine Arts in New York.

In the 1960s, he was chairman of the division of fine arts at Southern Methodist University, and was founding director of SMU’s Meadows Museum. He was a curator at the Dallas Museum of Art in the 1970s, and deputy director of the Kimbell Art Museum in the 1980s.

Here’s a nice story on Jordan, also via the DMN:

“Jordan’s crowning achievement was his 1988 discovery of the painting Portrait of Philip III by Diego Velázquez, a Spanish master of the Golden Age. Jordan spotted the painting in a London auction house catalog, where it had been mistakenly labeled as the work of another artist.

Jordan bought Portrait of Philip III and displayed it in his Dallas home until the Prado Museum confirmed its identification. In late 2016, he donated the work — worth an estimated $6 million — to the American Friends of Prado Museum. The group subsequently donated it to the museum, which consequently made Jordan an honorary trustee.”