Are We Still Talking About Moving to New York? 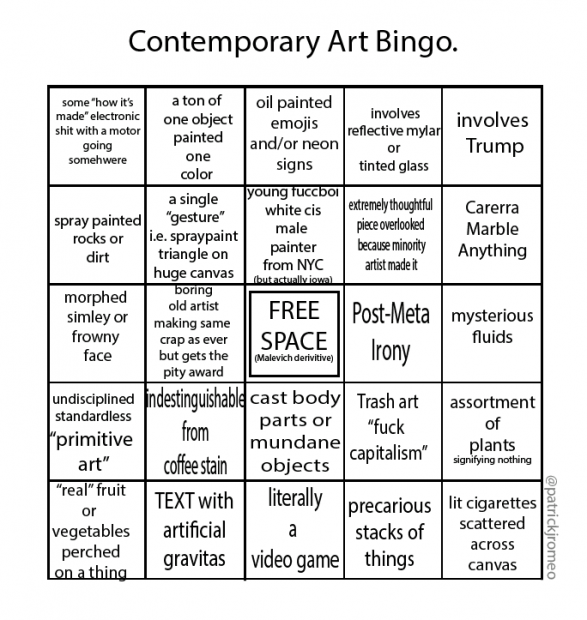 Editor’s note: A few weeks ago, Dallas-based artist and designer William Sarradet traveled to New York City for a professional conference, but in that time-honored way spent some time talking to (and following it up by writing back and forth with) three young artists who’ve recently left North Texas for New York. They are at different points in their careers, and Sarradet asked them why they chose New York as their place to live and make work going forward, and what they’re getting out if it.

William Sarradet: Can you describe your practice briefly? Has a move to New York City changed it substantially?

I don’t make enough money to just venture all over the city to see things and do stuff. I’ve lived in poverty since moving to NYC (coming from making a very good salary in Dallas for a number of years with a beautiful home in Oak Cliff with my long-time partner). So my chosen family here in Brooklyn is essential to my survival (on all fronts) and we carry each other and do it all together.

WS: Did moving to NYC influence or change your ability to pursue your practice substantially?

CC: I have had access to the legacies of artists, activists, educators, and institutions that have become essential to my ability to root within this place and time. I meet people here who say that they don’t have community here; that they have been here for years and still don’t feel like they belong to a community. I don’t know how they do it or why they stay.

When you are your work, and vice versa, why would you be somewhere where you’re not wholly rooted?

MA: Yes and no. I am of the mind that believes that your path to success, or your work being seen, is not necessarily linked to where you live. I would say that I feel your work can become known even if you are based in places that are not New York, LA or London. But it’s true here: you’re in a place where a lot of other people are… very active in the scene are here, so you’re access to the community is different; your access to resources is different.

WS: Is there a difference in the way that your work is perceived in NYC versus in Dallas?

CC: I feel some anxiety when considering the idea of “talking back” to the city and my community in Dallas in this way. During my 27 years in Dallas, I belonged to many seemingly disparate communities that didn’t always hold all of me — something that I felt performance could help me do — be whole, and all of me all of the time.

I found refuge in a small group of collaborators like Alison Starr, Laura Garcia-Penn; Jeff Gibbons was always sweet and thoughtful, Kevin [Rubén Jacobs] for a good while. Some folx [sic] who people listened to, at the time, felt supportive and they saw something in what I was trying to do. Leigh Arnold felt genuine in her interest, Stephen Lapthisophon was a generous cheerleader for a number of years, Darryl [Lauster] was always present and kind; Jesse Morgan Barnett gave me my first grant to travel outside of Dallas so that I could  see performance art actually performed live.

Patrick Romeo: Dallas people, no matter how educated or connected, are extremely hesitant to actually discuss the art, outside of a glib like/dislike framework. Here, it seems people have a little (lot) more efficiency/bravery of communication I find really appealing. Authenticity is truly the cost of admission, not to mention the rent prices. 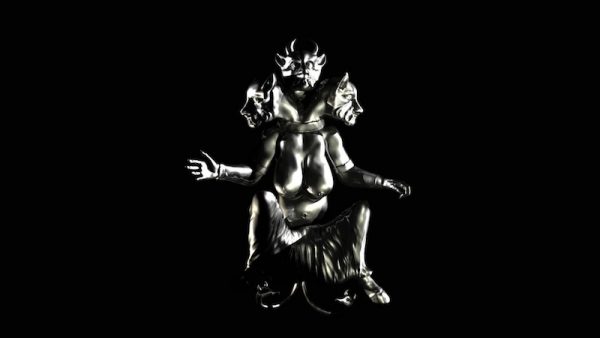 From Morehshin Allahyari’s SHE WHO SEES THE UNKNOWN (2017-present)

WS: How does the population difference between Dallas and New York affect the role you play in your community?

MA: In New York you’re just another artist trying to make work, and you have the community around you, but you are kind of lost underneath other people that have amazing work and are doing important things, whatever that means. [In Dallas] the communities felt very close and intimate, which is good and bad, because you just end up with the same 40 people showing up to the same openings, so it’s very limited, but at the same time it feels like an intimate space. Here it doesn’t feel that way.

Patrick Romeo: Honestly the ratio of good to bad art — you know what I mean (not talking about institutions or fat-cat galleries here) — is about the same as Dallas.

WS: Was a move to New York the next logical step in your career?

CC: I am able to be here in a good way because I was and am very clear on what I need. I find that folx who don’t know what they need come here and then the city amplifies that disconnect or dissonance. Turns it up to 11, which can be violent and damaging. I’m lucky that I moved here with a very clear structure. I felt like I knew myself and had the internal work done — to be able to ‘make it work”. I say this because I’ve still found the city to be challenging in all of the ways that people say that it is.

PR: My move to NYC was partially based on an urge to sample/study the so-called “DIY” or fringe models of curation in what the popular culture would regard as the center of art in the US.

I say partially because the other impetus was a job offer that I couldn’t resist: a creative director position for a lighting company. It felt right, considering my affinity for light art and sculptural design, and my education in architecture, physics, industrial design, and sustainability.

WS: Can you talk about the material differences between existing in Dallas (or elsewhere) and existing in NYC? Have there been sacrifices?

CC: I gave up my physical connection to my prayer family in McKinney. I gave up the ability to nurture my blood family by getting to see them regularly. I can’t check on my mom to see if she’s okay; I have to trust the phone convos that we have. I also feel the burden of representation associated with other communities who watch a particular performance of “my life in New York” via Facebook and Instagram… I feel like I gave up the ability for getting to share my truth with folx through proximity. Most people would look at my IG and say ‘Oh what a dreamy Brooklyn way of being… .’ And that’s not not true. But I guess I feel responsible and accountable to folx in Texas, and I don’t want to lie by omission.

MA: The two are very different. So much of living in San Francisco was about having crazy amounts of money accessible, because of the Silicon Valley and startups and tech thing, and being an artist in the art-tech environment.

New York is not that. Resources are a struggle because there’s so many people trying to do the same thing, but there’s critical dialogue here. I feel like San Francisco has just lost that because there’s this domination of tech bros. I feel like in the most unforseen way, my life, my career and practice as an artist and things I grew and learned about —Texas and Dallas especially, the DFW scene and people — played a very important role in that. So i just want to say I’m grateful.

PR: The truth of the matter is that I had to trade the curatorial freedom at Beefhaus for a “real” job. I have, for the time being, paused my artistic and curatorial production. I hope to have the time/energy to fabricate the figurative truckload of sculptural concepts I have on paper, but as far as I can see, you either have to be fully poor (total commitment) or fully financially backed (big gallery/grant/patrons/parents) to do that with any sort of efficacy here. It’s expensive!

I gave up the ease of Dallas. It’s hard here, but it also feels like home in an indescribably relaxing way. I love it, and it has a Pandora’s box quality. Dallas is amazing and is an incredible incubator for artists and curators, but also is ultimately limited in some unchangeable ways.

How does this feel so much like a gift of the Magi story? One goes to NY to be an artist and then has to give up art making to make a living to survive in NY? I’m glad the culture/lifestyle there is worth the trade for you.