How did this video not go viral eight years ago? 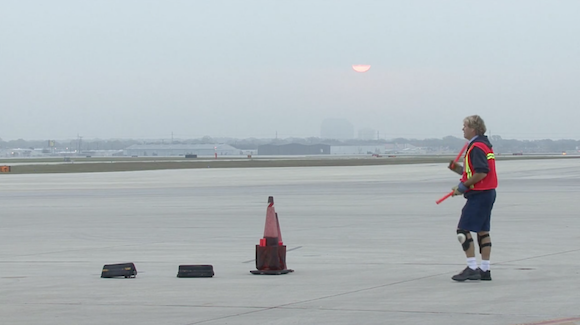 Last week we reported that an older, massive work by San Antonio artist Gary Sweeney had been acquired by the city of San Antonio and installed permanently in the Henry B. Gonzales Convention Center.

A few days later Sweeney shared a ‘memory’ on Facebook which was really just his original link to a video he’d made eight years ago titled A Short Video About Time. Which is exactly what it is. That’s Sweeney in the video, at his day job at the San Antonio International Airport. He’s retired from that job now, but we have this. It’s fantastic. We should all be so clever as to turn our day job into art, even once, even under the radar. (And keep in mind that eight years ago is, by art video and social media standards, a million years ago.)

(The song is Time Has Come Today by the Chambers Brothers, released in 1967.)

That’s great! Can I be the first to say it needs more cowbell?