TR*MP TH*S! “A One-Year Anniversary of Resistance” Screens in Austin 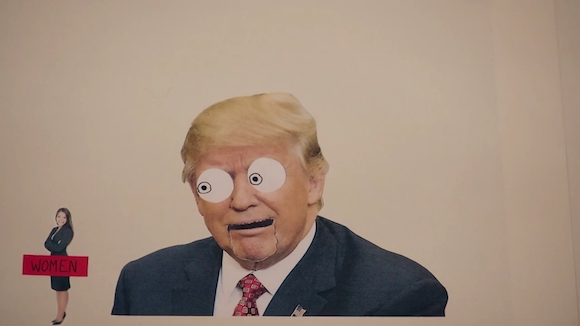 Image: Robin Gerke from What’s Next?

The Austin-based collective Experimental Response Cinema (est. 2012)  is following up last year’s pre-inauguration screening of a program it called F*CK TR*MP with a screening marking the one-year anniversary of Trump’s presidency. This event, titled TR*MP TH*S!, takes place at the Museum of Human Achievement on Sunday, January 21, 2018 at 8pm.

Come join us as we solemnly (and joyfully) swear to RESIST!, recognizing that artmaking is a necessary response to injustice.”

There’s a suggested donation of $5-$10, and proceeds will go to Refugee Services of Texas.

Again, TR*MP TH*S! happens at the Museum of Human Achievement in Austin on Sunday, January 21, 2018 at 8pm.