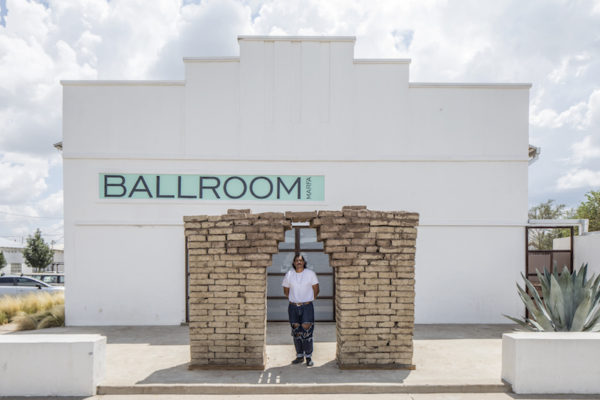 Right now, if someone asked you about an art show in Texas you hadn’t seen and you reflexively answered that it was likely about the border, you would be right most of the time. This is as it should be, as the US-Mexico line is not only a defining facet of Texas, but the country as a large. Culturally, politically, militarily — the border is a central throbbing artery. Perhaps the most direct way to find out where someone stands (aside from asking about Islam, which is related) is to ask about immigration; a knee-jerk response like “We have to protect our way of life” will tell you plenty.

The large and ambitious West Texas gallery Ballroom Marfa is particularly situated to exhibit works that ruminate on such issues, given that there is a border-agent station in town, and green-and-white SUVs zip through the country roads at a Tom Clancy clip. The gallery’s sprawling layout that includes a large outdoor area lends itself to intricate, multi-layered group shows. In the vividly titled tierra. sangre. oro. (land. blood. gold.), the LA-based artist Rafa Esparza brings a vibrant group together around the symbolically and literally heavy structural patterns of Esparza’s locally made adobe bricks. 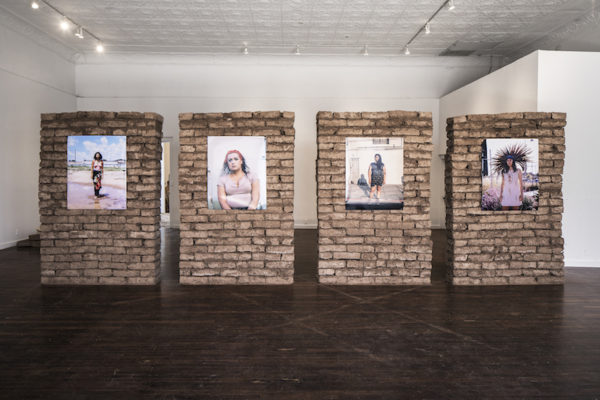 The bricks line the floors of the gallery and are built into various structures throughout the space. Outside the gallery, an arch of adobe inspired by ancient Mayan architecture creates an entry way into the show. The bricks in the arch have splendid, fluid cracks—like scales, ripples of water over stone, the borders on a map. Inside the gallery, Star Montana’s striking and noble photographs of female-identifying people of color are mounted on four adobe pillars. The adobe structures have a pure heft and energy to them, like the sculptures of Andy Goldsworthy, and if you were to come across one of the pillars in a forest, it would have the operatic profundity of the obelisk scenes in Kubrick’s 2001. Montana’s striking portraits of women in fairly stark, outdoor, industrial spaces mounted on the pillars create a contrast — the pillars become both the barriers the women must scale or pass through to survive, and also a monument to their strength and reserve. 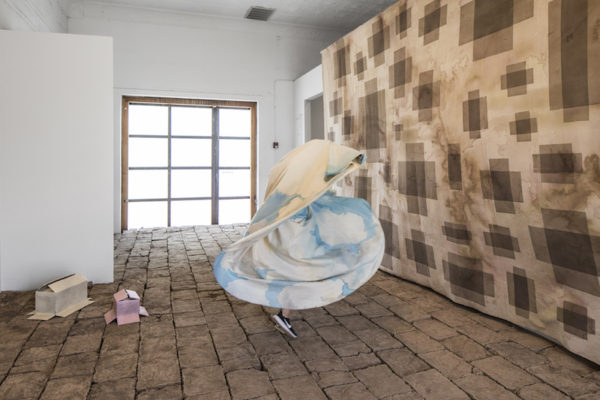 In the next room, Carmen Argote collected cardboard boxes from her stay in Marfa, affixing some to the wall and papier-mâché-ing others. A large diaphanous tapestry hangs over one wall with interlocking cubes and hazy clouds articulating the messiness of boundaries and divisions, and obscuring the lonely boneyard of boxes beneath them. Across from the tapestry Argote hangs sky patterned mantas (blankets) that have an ecstatic, unbounded quality, as if the gorgeous landscapes of the southwest can be a blanket to wrap oneself in for protection from the brutal realities of the region. 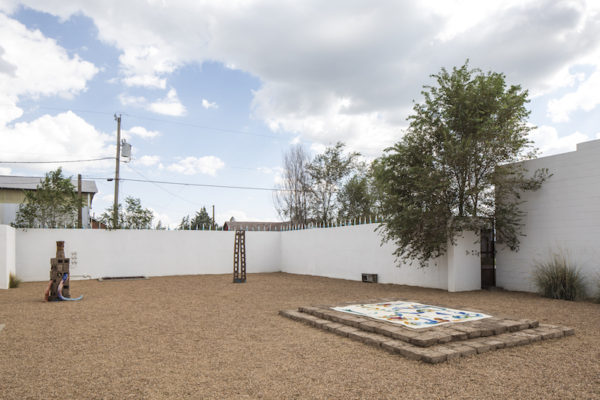 In the outside area, Timo Fahler installed white and blue spikes along the walls and collaborated with Esparza to create adobe cinderblock sculptures with unsettling snaking accoutrements. The effect is a nightmarish version of the private splendor found in eccentric DIY works such as the Watts Towers and Nek Chand’s rock garden — the idea that the path of “personal security” and Castle Laws is inexorably one of derangement. 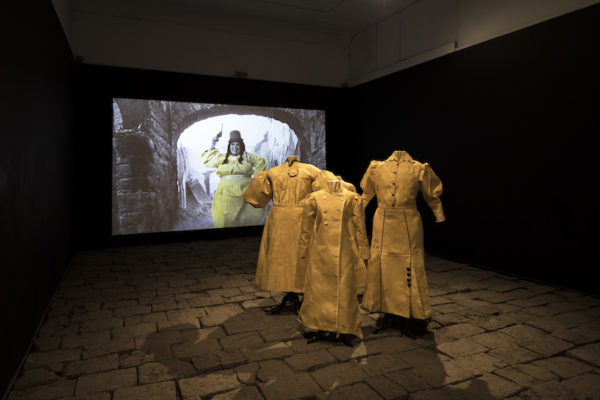 Across from the entryway, Nao Bustamante’s intricate installation (on adobe floors and a pedestal) of women’s involvement in the Mexican Revolution centers around canary yellow Kevlar costumes, akin to the style of what women of the period wore, and a dreamy film that places women in the costumes in front of archival photographs from the Revolution. The film is sad and funny and inspiring in the same vein as Guy Maddin films. The Kevlar costumes resemble oily skins of yellow snakes.

The central themes of the show are shimmering and elusive, like sunlight on a river. Land, blood, and gold are the currents in one’s life, and can lead to war, imprisonment, and oppression. Make sure that your house is made from adobe, that your clothes are Kevlar, and that your gaze is fixed to the sky.