This and That: Breaking Bread

In 1977, guests at an exhibition at the Contemporary Arts Museum Houston famously got involved in a food fight using the work of Antonio Miralda, the pioneering food artist. The piece, titled Breadline, was a giant wall of loaves of bread that was being assembled during the opening by the Kilgore Rangerettes, Texas’ most iconic cheerleaders. This is true. According to legend, a drunken guest tore a piece off one of the loaves and threw it at another guest, and pretty soon all hell broke loose. In her book Interlock: Art, Conspiracy, and the Shadow Worlds of Mark Lombardi, Patricia Goldstone recounts the melee, which was ultimately broken up by the police outside the museum.

This story has passed into affectionate legend in the Houston art scene, but it got me thinking about food on this, our most foodish of days. So much art involving food has a warmth and a generosity of spirit to it: Miralda’s participatory “food sculptures”; Rirkrit Tiravanija serving free rice and curry; Allison Knowles making a vast salad; Lee Ming Wei sharing a meal with a stranger, an idea originally conceived when the artist was a lonely first-year grad student at Yale.

Today, we eat. We gather together.

Happy Thanksgiving everyone. We are thankful for the art. 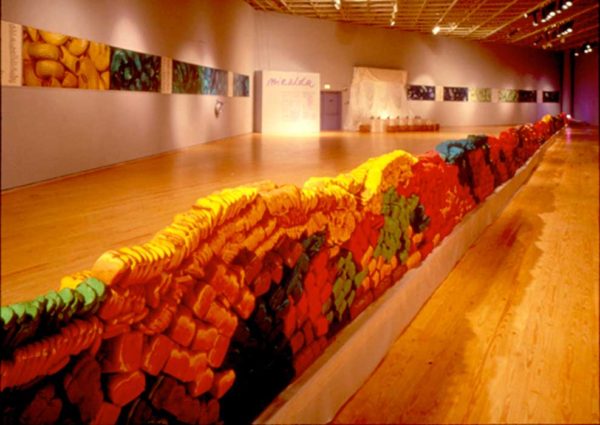 Installation view of Antonio Miralda’s 1977 exhibition at the CAMH, presumably after things were tidied up. 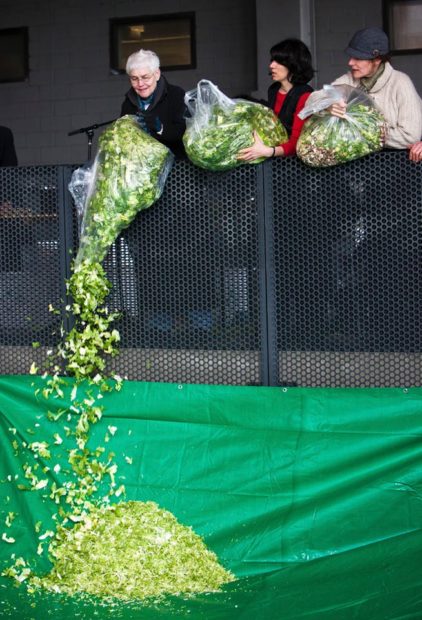 Alison Knowles, Make a Salad, 1962. The basic ingredients include Knowles preparing a massive salad by chopping the ingredients to live music, tossing it in the air, then serving it to the audience. Image from a 2014 performance at the Walker Art Center. 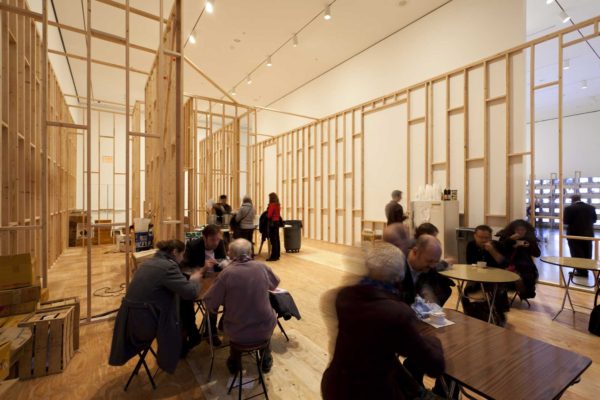 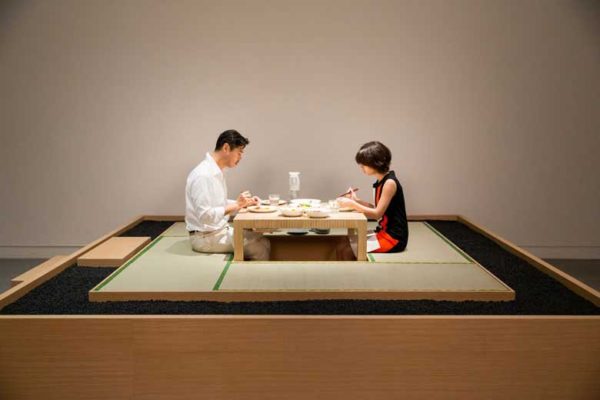 Lee Ming-Wei, The Dining Project, 1997. Image from a 2015 performance at the Taipei Fine Arts Museum. 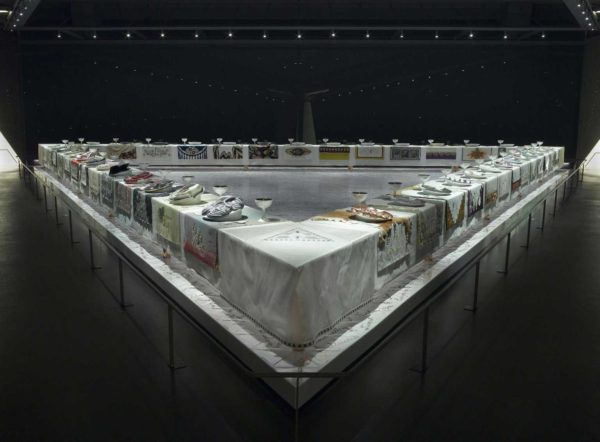 Judy Chicago, The Dinner Party, 1974-79, collection of the Brooklyn Museum

Who else have I missed?

I was there, at the CAM for Antonio Miraldos Exhibition.
The set up was perfect for a food fight: the bread divided the audience into two “teams”.
The Kilgor Rangerettes came out and danced. ( Where do they usually perform? Maybe football games?)
I think it was John Alexander who threw the first loaf and after that it was gangbusters.
Jim Hirathis was frantic because there was no money to recreate the exhibit and he was trying to stop people.I got hit with a loaf which I kept for a long time until the weevils got it. Total mayhem.

Such great reminders of iconic events in the awakening of Houston to powerful contemporary art. I wish I could remember more details and relevant names of all the artists, musicians, poets that the DeMenils brought to Houston to sensitize us to the global nature (fun and seriousness) of contemporary art making, along with Jim & Ann Harithas.

Andrew Stitt ejected hotdogs into the audience/witnesses from his anus during a messy ritual performance at Commerce Street back in the 80’s- also on the menu were giant canned Bushes baked beans and clouds of baby powder… maybe this inspired Jim Pirtle’s later use of mayonnaise eaten from a large knife blade? Chased with picante sauce chugged strait …