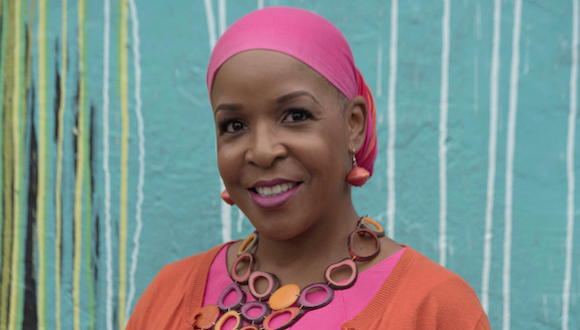 Today, Art League Houston (ALH) announced that its Executive Director, Dr. Kheli R. Willetts, has stepped down. Dr. Willetts was hired by the organization in May of this year following a five-month nationwide search, and began her tenure as director on June 1, 2017. She replaced Michael Peranteau, who served as the organization’s director for five years. When asked about his dream replacement, Peranteau told Glasstire he hoped the organization would find “somebody who does not want to be a curator, but wants to be an executive director, who wants to keep Art League connected with other organizations. When we partner up, it strengthens the community in a million ways. I hope the organization will stay the course in being involved with artists and artist issues.”

Before taking on her role at ALH, Dr. Willetts served as an independent arts consultant in Houston. She moved to Houston in the fall of 2016 to serve as inaugural director of the Houston Museum of African American Culture, a position she held for less than a year. Prior to coming to Texas, she served as the Executive Director of Community Folk Art Center (CFAC) and Professor of Practice of African American Art History and Film in the Department of African American Studies at Syracuse University, Syracuse, New York.

This is reminiscent of Weiss in 2012. I’m sure the circumstances are different, but it is a short tenure.

https://glasstire.com/2012/06/04/michael-peranteau-new-art-league-houston-director-lightning-appointment-follows-weisss-lightning-departure/
If this is indicative of what’s to come, they’ll have a lovely fast talkin’ new ED in no time.

It’s a great organization, I’d love to see them find the right person.

Michael P. leaves big shoes to fill but he did a ton of work to get the organization on the right track. Also, truth be told, the staff does most of the real work and they are fantastic and so hard working. I teach at ALH and love the org. I hope they find an ED who is a good leader, fire-putter-outer, and will recognize how lucky they to have a great staff already in place. I also hope they stay for a while!

Come on Gtire! Please at least post this comment, because it is sad that E.D.s or ‘CEO’s in the arts get to leave without the public knowing why. It is unfair to the next organization that might get jammed with them, i.e. look at Sacramento *they will soon see they got a dud

I worked at ALH with 4 different Executive Directors over 10 years. It is indeed a great organization and the staff during the time I was there were outstanding… Michael P. described it as a “happy place” with Zachery, Jill and Jenny at the helm. I really miss them. Hope ALH never stops being the vital organization so many people have worked to create.. I’m sure..the ED..is a tough job.