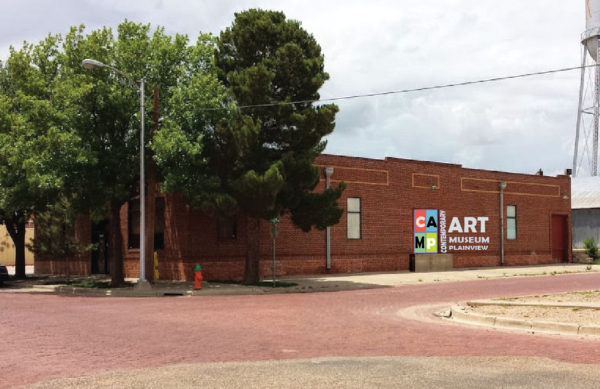 Glasstire spoke with CAMP’s executive director and founder, artist Kelly Alison, who recently returned to her hometown of Plainview from a decades-long stint on the Houston scene, about art, community, and life in Plainview, Texas, and how to source a board of directors from Facebook.

Natalie Hegert: Can you tell us a bit about yourself and your background? I understand you spent some time in Houston and you just recently moved back to Plainview, where you’re originally from.

Kelly Alison: That’s right. I grew up in Plainview, Texas, then went off to college in Waco, at Baylor University, and from there moved to Houston. I pretty much moved to Houston for all the reasons artists move there: the community, the chance to learn more about art, take more classes in art, and expand my horizons in that direction. I lived in Houston from 1977 until 1983: during that time I was a student at the University of Houston and got to participate in the Lawndale Art Performance Center, which was off-campus at that time. In 1983 I moved to Wild Peach, Texas, a little village between Brazoria and West Columbia, not too far in from Sargent on the coast. I’d drive into Houston three or four times a week, where I taught at the Art League of Houston for 10 years; showed with Bill Graham (Graham Gallery) at first, then Wayne Gilbert (G Spot Gallery), and DM Allison. I had lots of good opportunities when I was there, and I never expected to move back to my hometown. It’s just sort of something that happened and I had to jump at the opportunity to do it. So, here I am, back in Plainview. 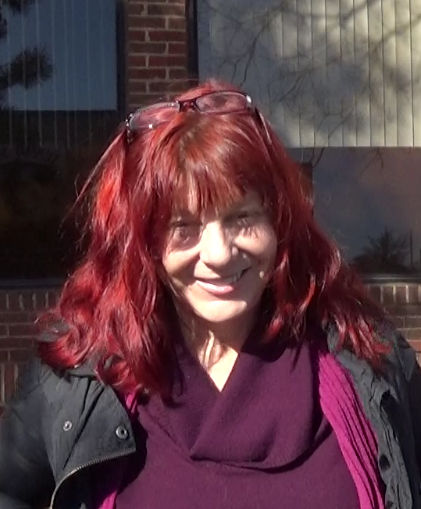 NH: How long have you been back?

KA: Almost a year now. The warehouse that I’m in belongs to my family. I moved into it, then started moving my own art into it and began to really enjoy the space. Ever since my experiences back [in Houston] with Lawndale, Box 13, and TemplO, I’ve always been interested in places that art can be seen and how art relates to the space that it’s in. So I really started thinking about the building itself and what I could do with it. And so one thing started leading to another, and I realized that there was a community of artists up here in West Texas. It kind of reminds me of the old days in Houston. I guess by the time I was what you’d call a middle career artist in Houston, I’d pretty much gotten lost in the shuffle, just trying to keep my head above water all the time.

The nice thing about moving out here is that it was all fresh again. The community is small enough that we really appreciate each other. All the artists that we see — they might be from Amarillo, or Lubbock, or Lockney, or Tulia, or even as far as Wichita Falls or Throckmorton — we all still feel like we’re the community of South Plains, West Texas, or the Panhandle, whatever you want to call it. Now the reason I’d moved to Houston in the first place was for that community, which I found. But I’ve found it here as well, which is really why [the museum] is happening, because the people here seem to really want it, and I have the space for it.

NH: So was that a bit of a surprise for you to come back and still find yourself a community like that?

KA: It was. It was a big surprise to me. I was also surprised at the other sensibilities that change once you come from the city. When I moved out here, [I found] the pace is slower, the sky is bigger, the storms are huger, the jackrabbits are faster. It’s just these little things that I find so romantic, after being in the city. I guess you could say I’m still in that honeymoon phase of being here. I left here when I was 18 years old, and it is real different from when I grew up. The makeup of the town has changed a whole lot, which I find exciting. I went to the 4th of July parade here — which I remember being kind of dull, you know, a little town parade lasting just three or four minutes — and that [more recent] parade had huge tractors and lowriders and mariachi bands. This community has become really interesting. And Lubbock has really surprised me, too. I went to their First Friday [Art Trail] of the month and there were thousands of people! I haven’t experienced [the arts] being appreciated and wanted so much in a really long time. When the Community Foundation of West Texas gave us some support early on, they expressed to us how excited they were just to have somebody here to support. So it’s completely surprised me how much people around here seem to want something like this.

KA: Well a lot of it’s probably having absolutely nothing else to do! I hope we will become an educational facility and show films and installations and such. I think in a lot of ways people are ready to see that type of art in small towns, because the internet has made that stuff accessible to people, on screens, but they don’t get to physically touch or walk through an art installation, or experience an art film with other people. So I think that small communities are really ready for that.

NH: What plans do you have for engaging the community?

KA: With this first exhibition I was really just hoping to establish us as a serious space. We’re not just going to play at it, we’re really going to try and make this work: form a good board, try to bring people into the town who will enjoy being here and that the town will enjoy. Now for the next show we’re planning, we are working with a skateboarder-turned-fine artist from Austin named Michael Sieben, to curate a show of artists who have bridged this gap between skateboarding and art. One of the reason we’re doing that is one of our board members here that I picked — when I was trying to get board members I just went through Facebook for people in Plainview that sounded interesting — had helped the city build a skateboard park here in Plainview. So we’re hoping to pull that skateboarding community in. We’ll have some installation, some animation art, a skate contest, and a free skateboard painting workshop for the community. 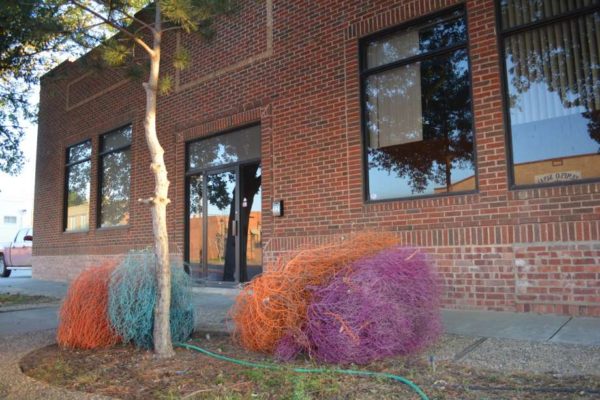 NH: Tell me a bit about the space itself. How many square feet is it and where is it located?

KA: The total warehouse is probably about 10,000 square feet. We’re going to be using about 4,000 of that for this exhibition. Half of it is still rented to a furniture store here, part of my family’s furniture business, but they are not going to stay there but for another year. And we are doing as much remodeling as we can drum up every penny for, so we are just going to continue to grow into the space. But eventually, hopefully we will use the whole space.

We had some hurdles to get over: we built a wheelchair ramp and an accessible bathroom, but to successfully use the basement we’re going to have to restore a historic elevator, so that’s probably going to be our next big challenge. The building was built in the 1920s, a classic example of 20th-century warehouse architecture. We have done hardly anything to change the structure, just what’s been necessary to meet our purposes. So we’re really happy with the building. It’s right off the courthouse, in the square, with a nice coffee shop around the corner. Wayland University is about 6 blocks to the west down some old red brick cobblestone roads. So it’s a very nice location.

NH: What are your plans for funding the museum for the long term?

KA: That’s a very good question! Lots of hope. The Community Foundation of West Texas looks like a good avenue for part of that. I’m also interested in working with possibly an ArtPlace grant; I’ve gone a bit down that direction, so I’m a little familiar and have some hope for that. We’re probably not going to do galas; I don’t think this is the kind of town that will support something like that. We might do some online auctions. Probably our board will try to get together and brainstorm some of that fundraising.

Fortunately we have some pretty good support from donors here in Plainview, who will probably float us a little bit if times are hard. I suspect we’ll get through a year at least. I really like administration duties, so I’m hoping that I will learn more about that as I go, so I can be a good executive director for the museum until we can have somebody else.

NH: So tell me a bit about this inaugural exhibition. It sounds like you’re inviting artists who have originated from rural areas, to come back to the country… .

KA: I was thinking of people who might enjoy rural areas and being up here. I know there are a lot of artists who are not really interested in going to a small town for any reason. But I know a lot of people who think that’s kind of charming, and so those people were ones that stood out in my mind when curating it.

NH: But mostly everyone who is involved will be in Plainview for the opening?

KA: Everybody’s going to be here. And not only are they going to be here, but we have a whole weekend planned: we are going out to the canyons the next day; there’s a couple of Austin-based bands whose members grew up here in Plainview, so they’re going to do a free concert on Saturday night; then a trip to a vineyard for a picnic; and then on Sunday we’re all going to go to Cadillac Ranch. So I’m expecting it to be a real brouhaha of a good time!

I’m excited about it, nervous about it. We just got through driving down and picking up all the artwork, getting it ready to install, so I’m beginning to feel like it really is gonna happen. 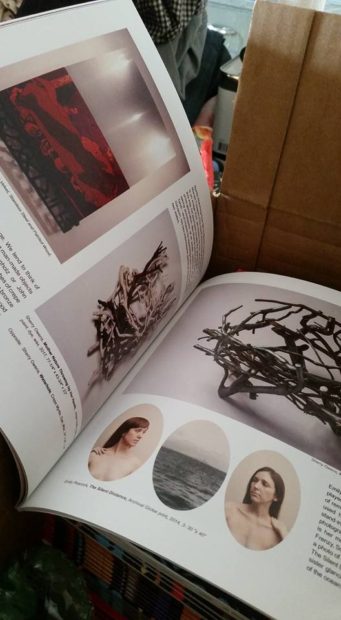 NH: Are all the artists from Texas or Texas-based?

KA: Not all of them are from Texas, but they’re all living in Texas right now. We think of ourselves mostly as a regional museum, which would include New Mexico, Oklahoma, Texas, Mexico, [and] Louisiana, but with the next show we have an artist from Portland and one from Los Angeles, so we’re not really putting any stipulations on that. We’re kind of letting it take its own path and see where it goes.

NH: There’s only so much of course that you can gather or guess before the opening, but do you have an idea of a feeling of support from the community?

KA: And if they will continue to support it? That is so up in the air I couldn’t even begin to guess. We’re certainly being sensitive to the community because that’s what I would like. I would like them to enjoy us being here and want it to continue. We’d like to be able to have programs for all sorts of different things, whether it be a healing arts program or programs for kids, but we also want to be a vibrant educational arts space. So I think that’s probably my job as the curator and the director to walk that line: where the local community will appreciate it but that I will still feel like I’m being genuine about contemporary art and what I feel is important to cover.