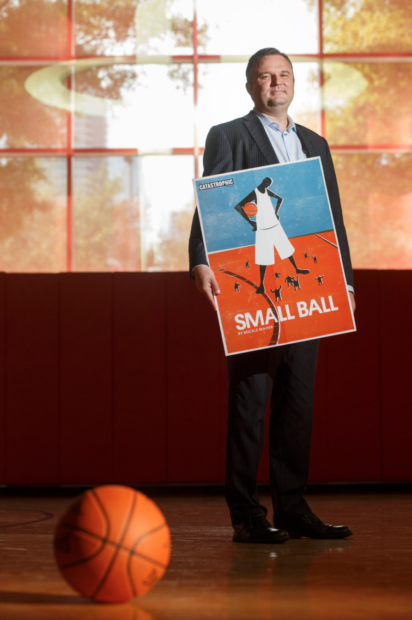 Daryl Morey is the highly respected general manager of the Houston Rockets, and now he’s also a producer of a musical bound for the Houston stage, at the Catastrophic Theater, this spring. It’s called “Small Ball” and it’s a musical comedy. He and the show’s writer and director, Mickle Maher, chose the songs from composer submissions.

Via the New York Times, Morey says: “I made them follow our pre-draft process. We all have to rank the players. And we can’t talk before we rank them because you have to eliminate group think. And then after we did all the rankings, we talked about it.”

The story follows a band of island-bound Lilliputians who decide “to join the modern world by fielding a team for an international basketball league… . The story addresses big themes: how a man without a true home finally finds one, how a small community tries to marry itself to the larger world.”

Jason Nodler, the artistic director of Catastrophic, is a big fan of the Rockets. And Morey is now on Catastrophic’s board.

Morey played trombone in high school, and is obsessed with musicals. “Someday I want to live in New York and just go to shows.”