We are glad to see that Routine Fables, a yearlong project by the Houston artist Elaine Bradford and the poet Sara Cress, has returned after Cress’s house was flooded during Hurricane Harvey.

The project’s description reads thusly: “Two anxious women from both sides of the bayou describe life and death. A year of weekly dumb sculpture poems from Elaine Bradford and Sara Cress.” 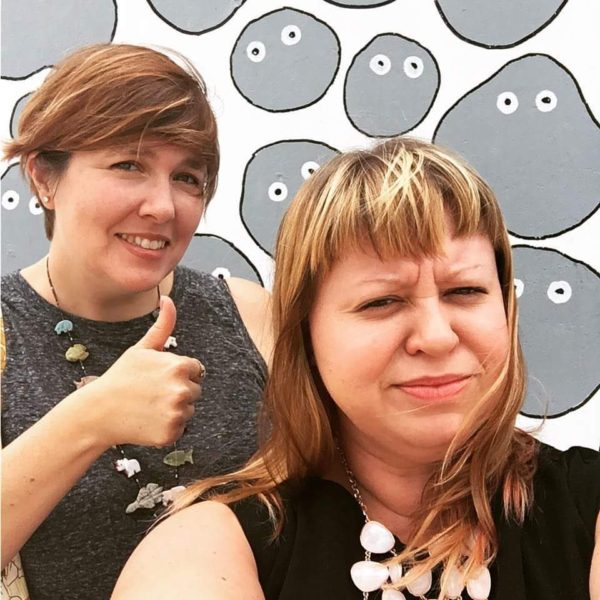 The project started January 1st and will end on the 31st of December. As Bradford says, “52 weeks and 52 works.” As Bradford explains it, “The impetus was that I just felt like I needed something to keep me making work. And it seemed like trying to make something weekly was a good goal. Turns out, that was a little more difficult than I anticipated. When I started I thought the pieces would be really simple, but it turns out I’m putting a lot of work put into each sculpture. Lots of crochet.”

Bradford, who has worked with writers on other projects in the past, first became aware of Cress’s poetry from the Spill Some Stuff podcast by Houston artist Brian Piana. Cress’s ongoing project Breaking Poems reacts to stories in the news. (Her entry from August 23rd, prior to the storm landing, is particularly poignant, given that her house and cards were badly flooded.)

Here is the Routine Fables entry from today, September 8th: 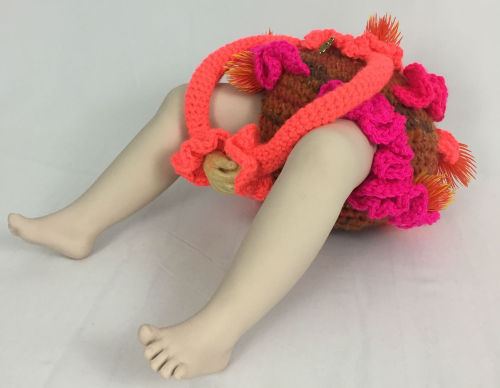 The water line erases:
here is what you have,
here is what you’re owed.
Some legs withstand a flood,
most brains don’t.
Stand, or sit,
with your remaining strength
as memories buzz
like flies on flies on flies
emitting a static sound,
a neon migraine,
a desperate lust
for an hour ago
when you were whole.

Routine Fables is scheduled to show at Lawndale Art Center in Houston in May of 2018. Bradford is hoping they “can get all 52 sculptures in there.” There will be a book of the project as well.