Preservations Try to Save the Guadalupe Cultural Arts Center and Neighborhood 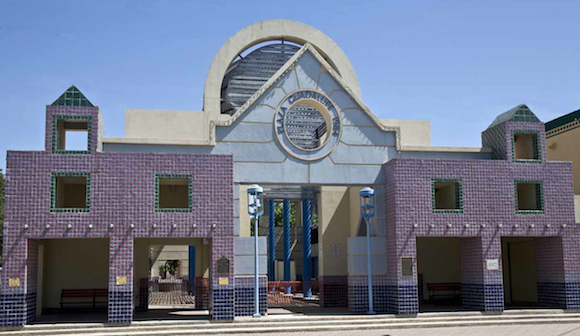 Like most larger cities, San Antonio is struggling with a gentrification problem. The San Antonio Housing Authority is set to demolish part of the Alazan-Apache Courts, with no assurances of preserving any of its historic architecture, reports the Rivard Report. The Westside, where 95% of the population is Hispanic, includes over 50 colorful murals and is home to the Guadalupe Cultural Arts Center.

This week, international preservation experts will gather in San Antonio for a three-day Living Heritage Symposium hosted by the Office of Historic Preservation as part of the 2017 San Antonio World Heritage Festival. Let’s hope they keep the ball rolling.

“We are rethinking the contested histories. The history of people of color has not been a priority for the preservation movement. We need to change that,” historian Antonia Castañeda said. “At issue is the notion that redevelopment is good for the community and it’s a notion of progress,” she says. “But the idea in San Antonio has been you get rid of old, dilapidated structures that ‘blight’ the community, rather than repurpose or actually redevelop them for reuse.”

To read the full, very informative article (originally published by the non-profit Next City), go here.

If You’ve Been Waiting for a Sci-Fi Latino...