Hubbard / Birchler in Conversation This Thursday in Austin 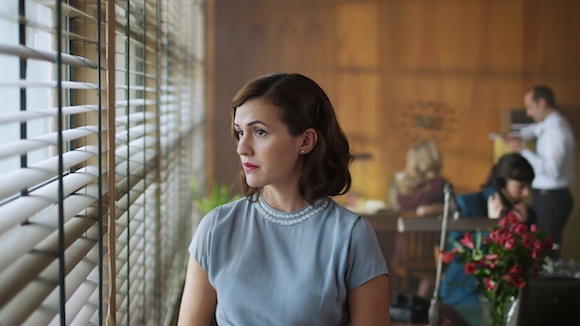 This coming Thursday, Sept. 7 at 6:30 p.m. at the Blanton Museum of Art in Austin, artists Teresa Hubbard and Alexander Birchler will be in discussion with Blanton curator Veronica Roberts about their film installation Giant and about representing Switzerland in the current Venice Biennale.

Giant (2014) is on view at the Blanton now through October 1. Via the Blanton: “Giant is the third part of a trilogy of films exploring the social character of the cinematic experience, with particular respect to film’s relationship to place and the kinds of traces movies leave behind. This work was first seen as part of Sound Speed Marker (2014–15), an international touring exhibition that included film installations, sculpture, and photographs by the artists.”

Hubbard / Birchler, who have collaborated since 1990, are based in both Austin and Berlin (and both teach at UT Austin). Right now, they’re representing Switzerland in the Swiss Pavilion at the 57th Venice Biennale.

The conversation is free and open to the public and will take place in the museum’s auditorium, which is across the plaza from the museum in the Smith Building. For more info, please go here.