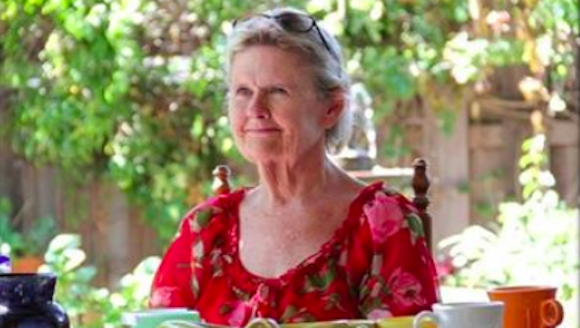 While at the CAMH, Cathcart established the Perspectives series in the Museum’s lower gallery, which still exists and has now held over 200 exhibitions. The series was meant to introduce local and national artists not necessarily known to the Houston audience. For example, Cindy Sherman’s first museum show was an early Perspectives series exhibition. 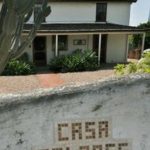 Cathcart moved to Santa Barbara over a decade ago and opened the Linda Cathcart Gallery. Later, she bought an old two-story adobe house and established Casa Dolores: Center for the Study of the Popular Arts of Mexico. Casa Dolores is a small museum devoted to the collection, preservation, study, and exhibition of the popular arts of Mexico. She began collecting as a child during family trips to Mexico.

Here are some words from people who have worked with Linda Cathcart.

What I learned from Linda is that you can like a lot of different kinds of art. She was very small-c catholic in her approach. That was a great lesson for me: to not be doctrinaire, and not theorize about it too much. You can, but that’s not the whole story. I think about the critics she brought to town, like the brilliant Craig Owens… so many amazing people when you look at those shows. I just can’t imagine doing that now.

God she was funny, she was grab your gut funny. And when she was harsh, she knew how to hit you where you lived. But she was so generous. She took me places, I’d go on studio visits with her, and she introduced me to the most amazing people. I mean, who gets to meet Marcia Tucker?

She’s responsible for so many people’s careers including mine. I can’t speak for Cindy Sherman and Robert Longo and Richard Prince but they were all in Buffalo when she was there. She was one of my favorite art world people of all time. Great museum director, had an amazing eye and was a really good art dealer when I showed with her in LA.

It’s been a loss in the art world for a long time, but she got so disillusioned. She took the firing from the CAMH so hard, and any art dealer outside of NY has to get used to the fact that collectors may learn about a certain artist from them, they will still buy from that artist’s New York gallery. Linda was introducing Leonard Nimoy and his wife to artists like Louise Bourgeois, and they ended up going to New York after many months of friendship with him and they bought in NY. And so she lost interest and didn’t like the way people were treated, so she moved to Santa Barbara, bought the oldest adobe building in Santa Monica, and started up Casa Delores, a Mexican folk art museum. She had a huge Mexican folk art collection. And that was it: she really wasn’t going to get involved in art anymore.

I know that she was highly responsible for the early years in my career, and she was very missed by me.

Linda Cathcart was director of the CAMH for about a decade and during those years she changed Houston’s art community and its audiences.  She made CAMH important to many segments of the community—a broad swath of its artists, students, collectors, and a diverse segment of the city’s general audiences.  Without her time in the city, it would be a less vital and sophisticated place for contemporary art and artists.

A challenging personality, at one moment warm, caring, and generous, at the next difficult, angry, and just plain mean, Linda was above all really smart and quick-witted.  She loved art of all kinds and all ages.  She loved the artists who made it and others in the art world—the curators, dealers, and collectors—who loved it, too.  Perhaps most importantly for Houston, she professionalized the Contemporary Arts Museum—its exhibitions, publications, scholarship, operations, finances, staff, policies, procedures and art-handling standards—bringing it into a national and international dialogue with the visual arts beyond the region.  Linda was the first CAMH director admitted to membership in the prestigious Association of Art Museum Directors, a privilege all its subsequent directors have enjoyed. During her tenure the museum marked many “firsts,” among them the first museum exhibition of Cindy Sherman and her now iconic film stills (1979).  We shared shows with institutions such as the MoMA, the Walker, the ICA Philadelphia, the New Museum, and many others.  Linda and her staff (including me) also made the first attempt to codify and document the museum’s long and important history and established an archive of its records, now housed at the Museum of Fine Arts. And, while not everyone in Houston remembers it this way, under her directorship the museum showed many artists from Texas in major exhibitions and produced significant, scholarly catalogues to accompany those shows bringing their work to attention beyond the region.

Linda Cathcart helped make the arts in Houston what they are today.

Very sad to hear of her death. Linda supported my early forays into figurative subject matter. She was a good director and sorely mistreated in a media frenzy that also took out the MFAH’s director. I cannot remember what it was all about. I do know it left a lasting mark on both directors. Linda gave me two shows at the CAMH. One of the Perspective Series was followed by a 10 year survey at the CAMH and the New Museum, NY 1985. After her departure she disappeared in California. Condolences her her family and friends.

I am very saddened to learn of the death of Linda Cathcart. She was unique in the art world- in every way–she was very very smart, and very very witty, and very very kind, and could be a tad crabby on occasion. She was also enormously generous with her time. She really liked artists, not always an easy task. She supported me early in my art life–I was new to Houston, had two children, three jobs and no real plan. It is accurate to say that she somehow changed my life in significant and unexpected ways. I remain appreciative of her presence in my life and of her support. I will miss her. I am bereft.

Just a wee bit of setting the record straight. It would be an exaggeration to say I was a curator at the CAMH. I was Linda (and soon Marti’s) secretary for 1980 and then worked on many shows doing research and sundry other tasks until 1987.

Thinking about Linda and the CAMH has thrown me into the way back machine. Feels like a dream.

I am very sorry to hear of Linda’s death. She gave me a show in the Perspectives Gallery in 1983. I have heard that she could occasionally be “crabby”, as Gael said, but she was always kind and generous with me. I remember an occasion when Robert Longo’s show was being installed at the CAMH, and one of his plaster sculptures had been damaged in transit. Linda called me and asked if I could repair it. (It was finished in lacquer, and I had had some experience with it restoring a couple of antique cars.) It was easy to fix. I enjoyed hanging out with Robert. He loved Linda. She was instrumental in recognising his talent. I never exactly understood the manner in which she left Houston, but I never heard from her again. The art world can sometimes be a mean place. I will always remember Linda’s kindness and humor though, and I extend my condolences to her friends and to her family.