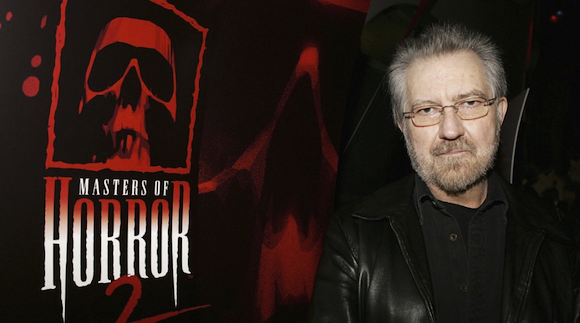 While we are all waiting for the horror of Hurricane Harvey to dissipate, “Master of Horror” Tobe Hooper died on Saturday, August 26, in Los Angeles. The New York Times reports that he died of natural causes and that information on Hooper’s survivors was not immediately available.

The native Austinite was born on January 25, 1943. His mother reportedly went into labor while at a movie theater, and his father was a film buff who owned a hotel. His parents left him often babysitting himself by leaving him at the movie theater.

While best known for the low-budget 1974 cult hit “The Texas Chain Saw Massacre,” he directed a number of other films (such as “Poltergeist,” although some say producer Steven Spielberg eventually took over directing duties), television projects (such as “Tales From the Crypt”), and even music videos (he directed Billy Idol’s “Dancing With Myself”).

We Begin With Equality: “Lincoln” and “Django Unchained”