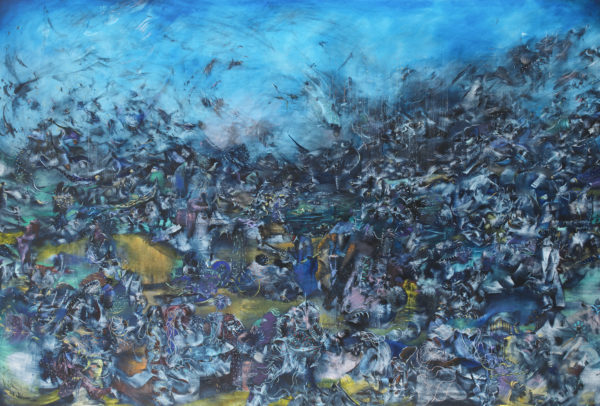 One of the great outrages and tragedies of the 20th century is the path laid for Iran and the Persian people by the U.S.A and the UK. In 1953 the democratically elected Mohammad Mossadegh was deposed by a ruthless coup planned by the CIA and British Secret Intelligence. Mossadegh nationalized the oil in Iran, but British Petroleum and the US and UK could not tolerate such impudence to the empire. So they deposed Mossadegh and installed the western friendly Shah, who allowed partying but spied on and tortured and murdered his people. The one place his secret police would not breach were mosques, thus amplifying the religious element of dissidence to the Shah’s authoritarian rule. After the Iranian Revolution and the hostage crisis, the U.S. was so enraged and humiliated it did things like shoot down an airliner with 290 Iranian civilians. In America in 2017, there is a steady thrum like the cicadas of the south at sunset for war with Iran. So many important people want it to happen.

It’s all enormously depressing that tense, sweaty men in wire-swept rooms made this present world. I’m not sure how you can hate a country and a people after watching an Abbas Kiarostami or an Asghar Farhadi film or listening to the Dariush Dolat-Shahi Folkways album. Iran is one of the most interesting places in the world and has been for about 4,000 years. Which is why I drove to Houston and back in one day primarily to see this show (honestly they had me at ‘Rebel, Jester…’). In a modestly sized corner of the MFAH, the show is curated from the collection of London-based financier Mohammed Afkhami and is not particularly political or imbued with a specific message, but is rather a deeply emotional and visual exhibit with several pieces that stop one in awe.

Upon entry, Ali Banisadr’s We Haven’t Landed on Earth Yet depicts endless combat in a mournful blue twilight. Many of the pieces have a mystical weariness to them, a connection to an endless history of conflict. But as Banisadr’s gorgeous canvas illustrates, the show itself is filled with a wondrous beauty radiating with the aesthetic abundance found in Shia Sufism. 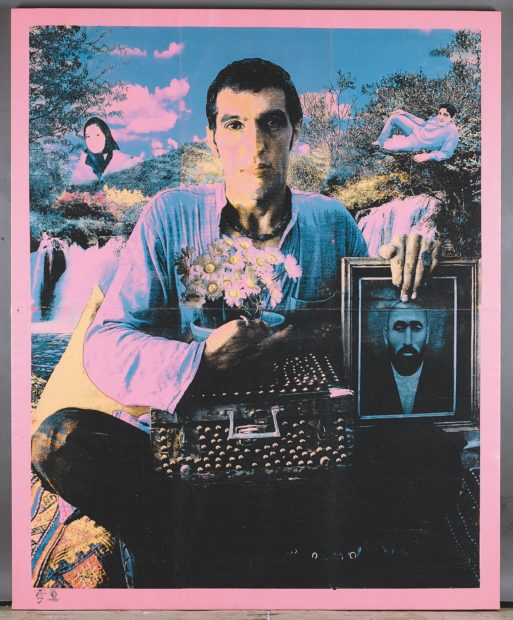 Khosrow Hassanzadeh’s Terrorist blows up the format of a western intelligence dossier on a “terrorist suspect” into a glamorous and haunting rose-tinted self portrait. The show contains a wry sense of the absurd. Icons are cut out of other icons (fighter planes out of oriental rugs), and the tags of the endless cycle of money, oil, and war are submerged in the patterns and hues of the region. 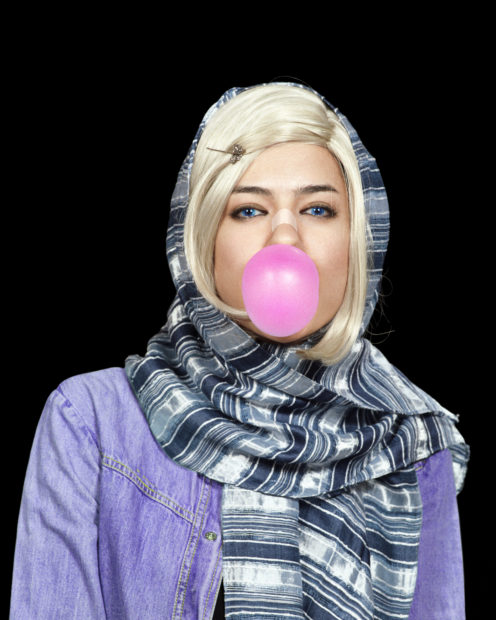 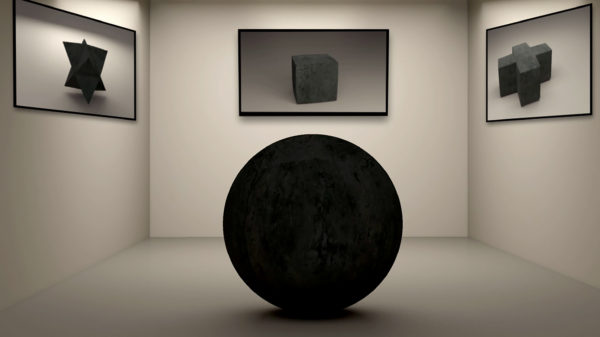 As you’re exiting, Morteza Ahmadvand’s Becoming takes a contrived concept and elevates it to a place of austere grace. Taking the “shapes” of the three Abrahamic religions, the video element of the piece shows them molding into one perfectly round black sphere, which manifests as an installation — implacable and smooth, like the black Kaaba  in Mecca — a silent totem to a serenity beyond the imagination.

Through Sept. 24 at the Museum of Fine Arts, Houston.