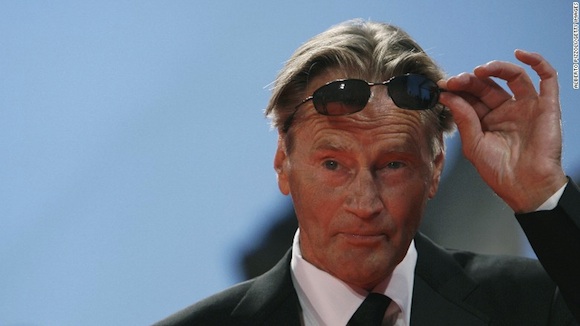 Although best known for their work in film, many artists of all mediums have been highly influenced by Sam Shepard and Jeanne Moreau—a few millennials and tons of baby boomers. Sadly, both have died in the past few days.

American playwright, actor, author, screenwriter, and director Sam Shepard died on July 27, at his home in Kentucky, aged 73, from complications of amyotrophic lateral sclerosis (ALS), also known as Lou Gehrig’s Disease. Shepard’s work spanned over half a century. He was the author of 44 plays as well as several books of short stories, essays, and memoirs. Shepard received the Pulitzer Prize for Drama in 1979 for his play Buried Child. Most people recognize him for his acting career, which includes his portrayal of pilot Chuck Yeager in The Right Stuff, for which he was nominated for an Academy Award for Best Supporting Actor. Texans may know him as the co-author of the film Paris, Texas. 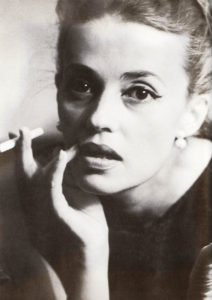 Portrait of Jeanne Moreau by Dan Budnick, 1962, via theredlist.com

Jeanne Moreau was born in 1928 and made her theatrical debut in 1947. She achieved prominence as the star of Elevator to the Gallows (1958), directed by Louis Malle, which was recently shown at the Museum of Fine Arts, Houston’s film department. She also starred in Jules et Jim (1962), directed by François Truffaut. Although she was most prolific during the 1960s, Moreau continued to appear in films into her eighties. She died yesterday, July 31, 2017.

Check out both of their impressive filmographies here and here and, for and added coolness factor, look up the histories of their romantic partners.

Sam wrote the lyrically poetic sequence between Nastassja Kinski and Harry Dean Stanton in “Paris, Texas.” The movie elevated itself above cinema for a short while and truly became Art. I’ll always remember Jeanne Moreau as the strange neighbor in “The Trial.”