This And That: Who’s Afraid of Red, Yellow and Blue?

Earlier this year, Princeton University Press published Red: The History of a Color, the latest in their series of color-themed books by author Michel Pastoureau, who has also written Blue, Black and Green (Yellow is next). Perhaps more than any other color, red has been responsible for what the Weekly Standard calls “the moralizing of color.” Puritans recoiled from the gore, passion and power exemplified by red (think of the robes of monarchs and cardinals), and the earliest mass-produced household objects in America were strictly black, gray or brown. This chromatic struggle plays out to this day, with red interiors considered kitsch or eclectic or decadent, and the monochromatic austerity of Modernist design — as a friend who works in the design business calls it, “BeigeBeigeBeige!” — still(!) considered the standard of elegance.

Of course, Newman was not the first to create monochromatic artworks; that honor probably goes to Alphonse Allais, a 19th-century French humorist whose prescient work anticipated color field painting as well as John Cage’s work on silence. And Allais approached the subject with humor. 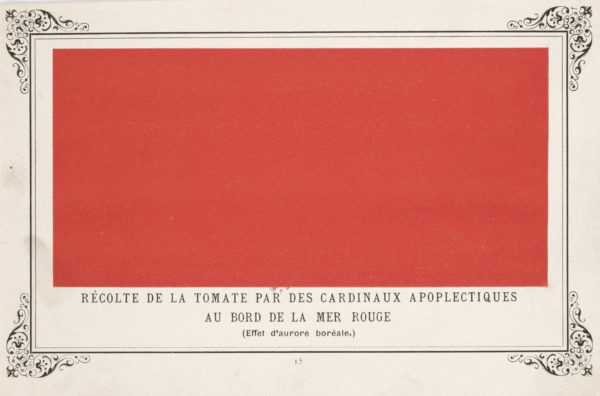 Alphonse Allais, Apoplectic Cardinals Harvesting Tomatoes On The Shore Of The Red Sea (Study Of The Aurora Borealis), 1884 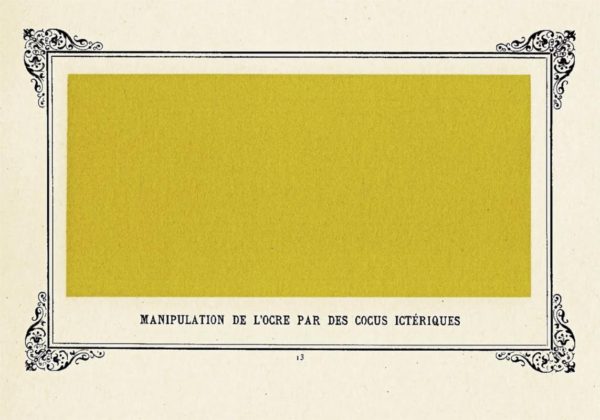 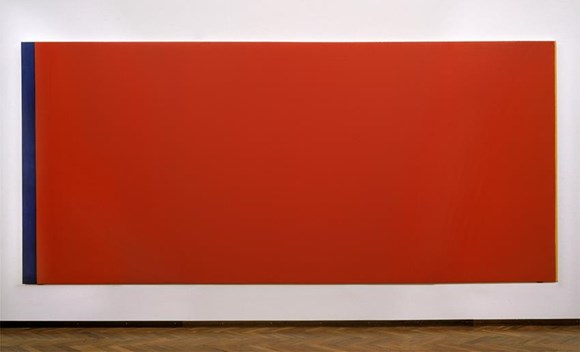 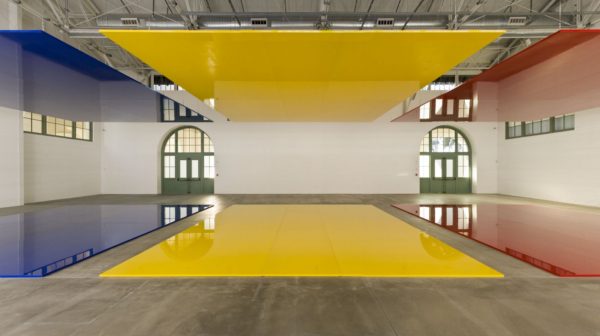