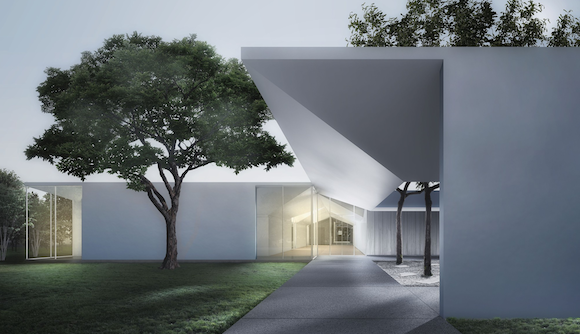 Good grief! On top of the announcement that the Menil Collection will be closed for eight months, beginning February 26, for repairs and a general spiffing up, now it has decided to delay the opening of the new Menil Drawing Institute, which was originally expected for October 7, 2017. The new schedule has not yet been released.

In the Menil press release, Director Rebecca Rabinow states, “Over the past few weeks, it has become clear that we will need more time to complete the Menil Drawing Institute and the other exciting projects on our campus, such as the new public greenspaces, in a manner that meets our exacting standards. Rather than rush to open the Menil Drawing Institute in early October, the trustees and I have decided to delay the festivities, to ensure that everything is perfect.”

Rebecca has it under control guys. There is no need to rush. This building needs to done to Mrs. D’s standards. The Utah Museum of Art is going the same process. When its all finished we will have an level 11 museum.