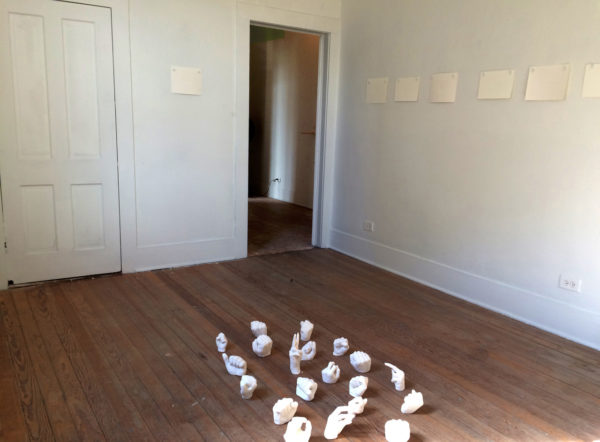 The central pressing question of all art right now is how to respond to a world that seems to be getting worse. Worse in a way that is simultaneously heartbreaking and brutal (because of the access to cell-phone videos and twitter, etc.), and comically nightmarish. We’ve always liked to imagine a very serious bleak future — where the villains were grave and extremely badass, and then the future arrived and it is so, so dumb. And every day one has the moment where they snap to and think “I can’t believe this is real,” as if you were dreaming and woke up into the dream.

How to make art in this operatic ambience and grim reality of actual deportations, bombings, and general governmental reactionary cruelty? This is the lens I view all media through, from watching the third season of Fargo to seeing Diamanda Galas play live. How could you think of anything else? The roving pop-up gallery Three Walls partnered with Sala Diaz to curate a show that answers this question directly with words and fists. Jenelle Esparza’s piece Weeds consists of plaster hands in different positions (fists, palms) emerging from the floor. The ghostly white hands rise in anguish like zombies or weeds in a country that increasingly wants a lawn as manicured as a putting green. 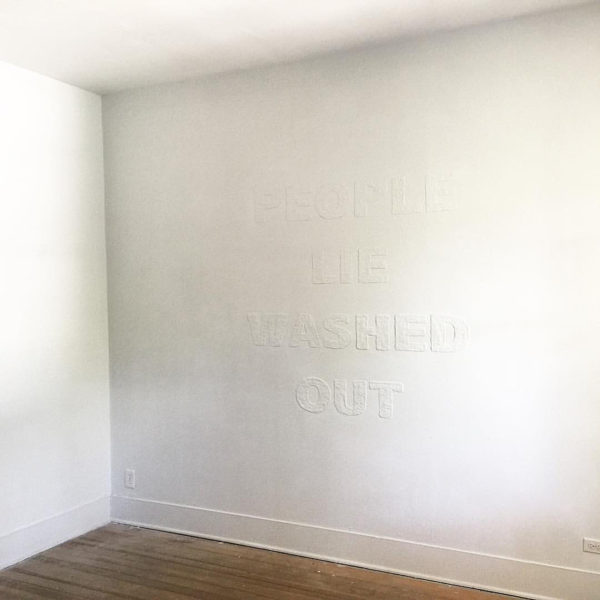 Rafael Gutierrez’s Washed Power of False Prophets is balloon-font text pieces using certain “trigger” words and phrases — White Privilege, Socialism, etc. The two pieces create a cold atmosphere of dystopia, like George Lucas’ beautiful moody and boring THX 1138. It presents an increasingly anesthetized life of struggle where the only thing that changes is the words used to articulate such struggle. In seeming direct reaction to such a bleak vision, the show provides pre-written letters to the Texas State Speaker of the House in protest of the grotesque gerrymandering in voting districts, which leads to an increasingly diverse state represented by an increasingly psychotic reactionary government. 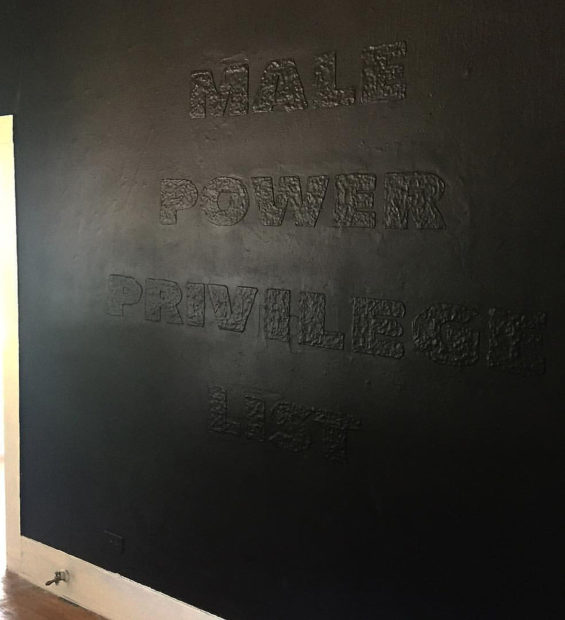 I’ve written this before, but I truly believe Texas to be the future, in terms of brutal weather, a militarized border, and districting voter ID laws that allow a diminishing minority to rule a quasi-apartheid state. If the leaders had their way, the districts in Texas would be drawn up to ribbon through the state stopping in every town with a Cadillac dealership. It is commendable that the show provides this direct action with the letters. I honestly think that all creative events should do this. Isn’t that what they did at all those folk concerts in the early sixties? 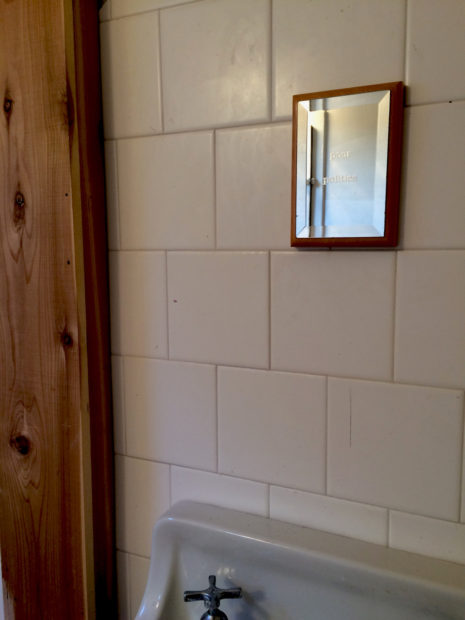 I have the pathetic notion that when I see art it should make me feel better. This is a naïve and selfish notion — why should it? The world is bubbling up. There are more tigers in captivity in Texas than in the wild, and Texas has the worst maternal mortality rate in the developed world. The connection between these two statistics lattices over the state like a chain-link fence. One should be skeptical in these times of art that makes you feel better; it’s a bit out of touch, like talk of civility in politics.

I left Under the Gun feeling dispirited, and I think that’s probably part of the intention of the show. Under the Gun uses the small, box-like rooms of the Sala Diaz space to create a pressure — a claustrophobia of spirit. It posits that perhaps the answer to such restriction is to put one’s fist up through the floor.