Last week I was on the road with artist Angela Kallus, in an epic quest to see a lot of things I’d never seen. Two of our days were spent with some better-known examples of Land art. The second was Walter De Maria’s The Lightning Field in New Mexico, where we spent the night but were instructed by the custodial Dia Art Foundation to not take photos. The first, though, was Michael Heizer’s Double Negative, just outside of Overton, Nevada. You can take as many photos as you want to in that 115-degree heat.

Double Negative was Heizer’s first major Land art piece, completed in 1970. According to official text, “It consists of two trenches cut into the eastern edge of the Mormon Mesa… the trenches together measure 1,500 feet long, 50 feet deep, and 30 feet wide. A reported 240,000 tons of rock, mostly rhyolite and sandstone, was displaced in the construction of the trenches.” It’s pretty impressive in person. I was happy to finally see it.

The art dealer Virgina Dwan funded it originally, and eventually donated it to LA MoCA, which maintains it.

With Google maps and sat-nav (and four-wheel drive), it was surprisingly easy to find (this wasn’t the case ten years ago), en route from Las Vegas. We spent about an hour out there. Angela hiked down into the first trench, and over to the second one. Me and another friend stuck to the upper edges of the trenches. As we were leaving, some other art pilgrims were arriving in their dusty truck. 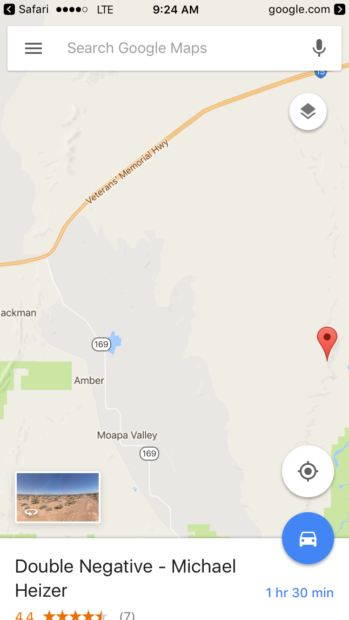 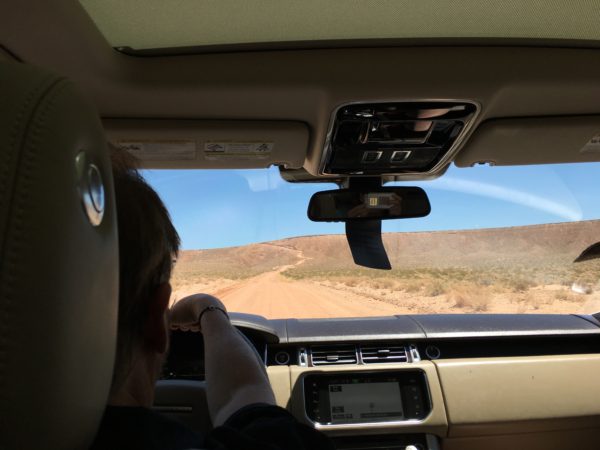 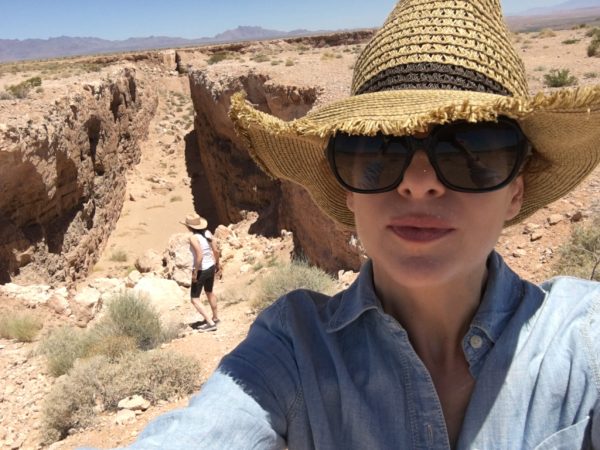 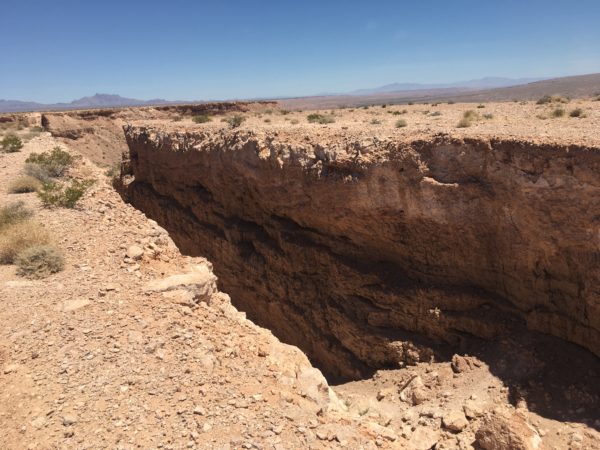 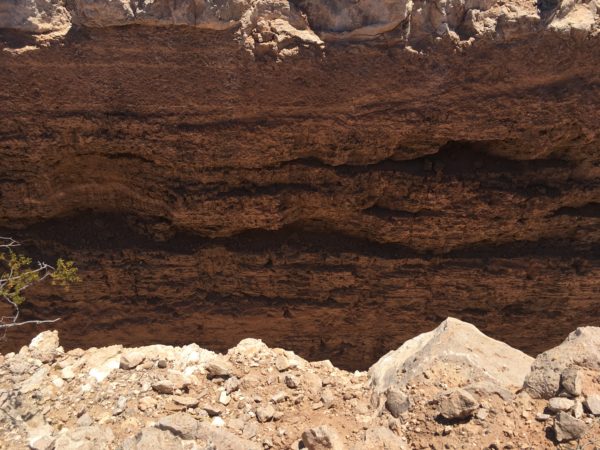 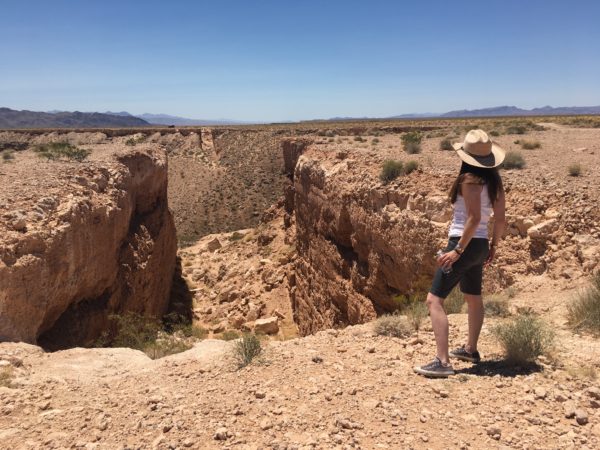 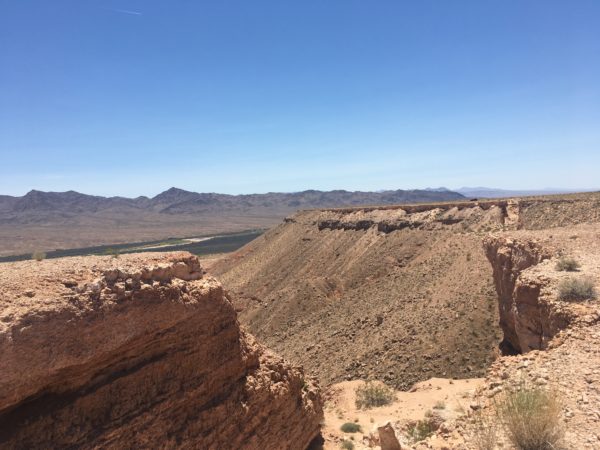 The reverence given to this gash in the earth is an interesting sociocultural phenomemon. It’s very much a product of its time, the world of the late 60s / early 70s when our species experienced the dawning awareness that the planet is not as infinite and resilient as once believed. I wonder if, without the mythology of Heizer (who I admire in general) if any random pit or strip mine would become the destination for art pilgrims? Because there are countless such sites in the United States, many of which have their own existential qualities worth appreciating. But to modern eyes this particular work becomes something else: damage, destruction, ego, vanity, scarring.