This Month: Catch Films about Jazz at the MFAH 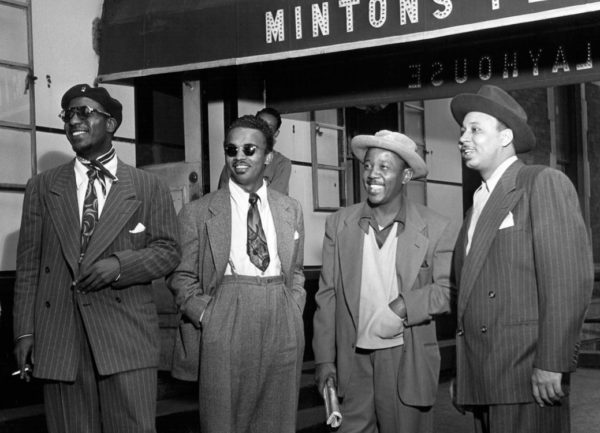 Yesterday, the Museum of Fine Arts, Houston kicked off its fifth annual Jazz on Film series. In case you’re unfamiliar, the MFAH’s film department consistently presents some of the best programs in the city, including yearly events like the Latin Wave film fest, the Houston Iranian Film Festival, and selections during the Houston Cinema Arts Festival.

This year’s Jazz on Film features seven films that are either scored with jazz music or follow the stories of jazz icons. Some of the older films like the 1961 movie Paris Blues will be shown on 35mm, while others, like the 2016 documentary Chasing Trane, are in a digital format. The festival is curated by Houston-based artist, curator, and Glasstire contributor Peter Lucas. In putting together the festival, Lucas is able to combine his passion for film and music in a way that is reminiscent of his Soul Nite program that ran at Houston’s Eldorado Ballroom in 2010. For a full list of upcoming films, via the MFAH, see below. To buy tickets, go here.

Jun 10, 2017 @ 7 p.m.
Sound of Redemption: The Frank Morgan Story, 2014
This documentary looks at the life of saxophonist Frank Morgan, who played with the likes of Billie Holiday and Charlie Parker; spent nearly 30 years in and out of penitentiaries; and performed in the famously talent-filled big band at San Quentin State Prison.

Jun 16, 2017 @ 7 p.m.
Paris Blues, 1961
Paris Blues stars Paul Newman and Sidney Poitier as American jazz musicians living in Paris. The arrival of Diahann Carroll and Joanne Woodward sparks romance and brings to the surface issues such as race, freedom, and art. But the real star here is the music, including an unforgettable performance by Louis Armstrong and an Oscar-nominated score by Duke Ellington and Billy Strayhorn.

Jun 17, 2017 @ 7 p.m.
Who’s Crazy, 1966
A long-lost, 1966 anarchic film, Who’s Crazy? was recently rediscovered and restored. The loose, mercurial improvisations of the performances and camerawork are energized by the innovative score by Ornette Coleman.

Jun 24, 2017 @ 7 p.m.
Jun 25, 2017 @ 5 p.m.
Chasing Trane, 2016
This inspiring new documentary celebrates the life, work, and lasting cultural impact of jazz artist John Coltrane. Chasing Trane follows the saxophonist’s story from his childhood in the Jim Crow South to early music gigs; young marriage and fatherhood; struggles with drugs and alcohol; and, finally, to his great personal and artistic growth in the 1960s.