This and That: Sol Lewitt at Rice Gallery / a Wall at UH

Below are two images: one is an installation shot of the recent Sol Lewitt exhibition Glossy and Flat Black Squares #813 at Rice Gallery, and one is of an exterior wall at the University of Houston’s School of Art. 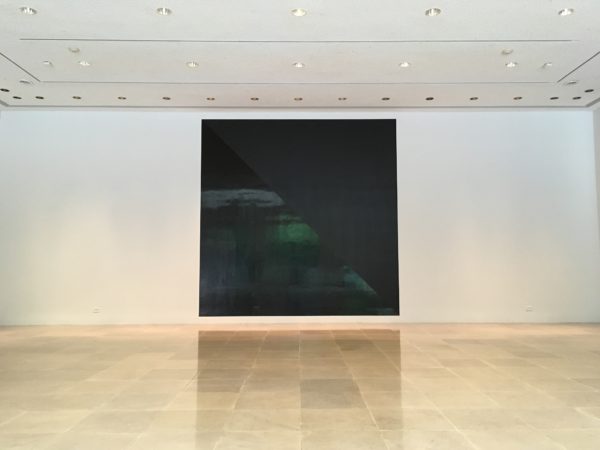 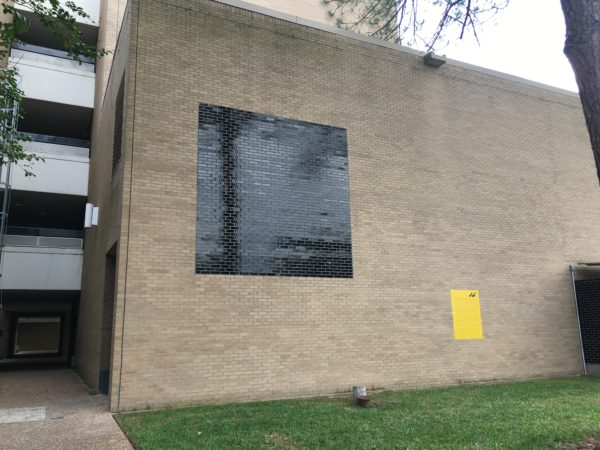 As it happens there is another layer of duplication in this photograph of the UH School of Art beyond the LeWittian black square. On the lower right of the wall is one of the text works from my and Heather Bause’s “The Miraculous: Houston” project. It recounts how the artist Francis Alÿs commissioned copies of his own paintings. Here is the text:

One day a Belgian painter realizes that he is dissatisfied with his paintings, in particular with the highly personalized relationship between him and them as objects. His canvases, which are largely inspired by the hand painted advertisements that abound in the Third World city where he has been living for several years, invariably depict an anonymous young man, usually seated at a table in an equally anonymous apartment. Rather than turning to photomechanical reproduction à la Warhol, he decides on another means of distancing himself from his own “touch”: he turns to the very sign painters who make the images which have inspired him. Now, each time he completes one of his small paintings he takes it to a neighborhood artisan and commissions a copy.

The paintings executed by the sign painters—he uses a number of different ones—are clearly copies of the original, but while they include all the required elements (the young man, the table, the empty room, etc.) they are just as clearly marked with the copyist’s personal technique and stylistic quirks. Some of the artisans have evidently studied the original while they worked, trying to match the figure’s features and clothing and reproduce as closely as possible the various spatial relationships. Others, however, seem not to have paid the slightest attention to such details, preferring to take in the original at a glance and then paint a loose version with components of their own choosing. Between these two poles are those who have sincerely attempted to copy the original but whose limited painterly skills insure that the final product will resemble less the artist’s original than the countless signs they paint regularly for barbershops, dry cleaners, restaurants and the like.

However close or far from the original, each copy is paid for by the artist and then exhibited alongside his canvas and other copies. At his insistence, the prices for originals and copies are identical, much to the irritation of his dealers and collectors.