by Christina Rees May 2, 2017
FacebookTwitterEmail 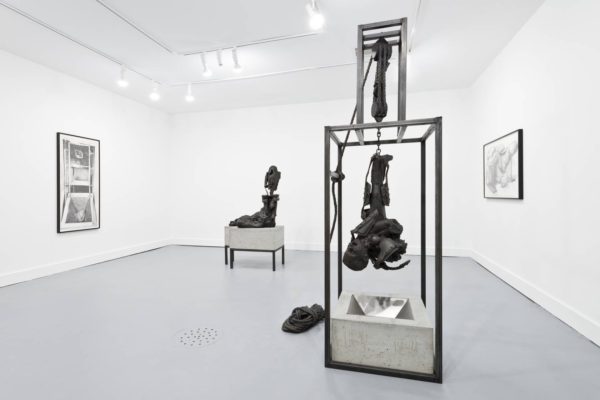 I suspect that Lionel Maunz is a good artist, and even after seeing his show of new work in Austin, I still suspect it. That’s a qualifying statement because Maunz—who’s based in New York but got both of his art degrees from SMU in Dallas—has the kind of seriously fucked-up personal backstory that can overwhelm or obscure the conversation about the art itself. This is not his fault, and it’s not by design, and I don’t know that the public has ever heard the details of his Montana doomsday cult upbringing. I haven’t. And yet I don’t know what it would take for me or any other viewer to fully appreciate what he makes without thinking and worrying about what he went through as a kid, or using the darkest corners of our own imaginations to fill in what he won’t say about his childhood. The work is about as dark as art can be. It reeks of trauma and his answering, matter-of-fact aggression. When I look at his work, I can hear my own mom’s voice asking over and over “But what happened to him?” But this can be a function of art, or I believe it can be: Autobiographical reasoning, and ongoing self-therapy. 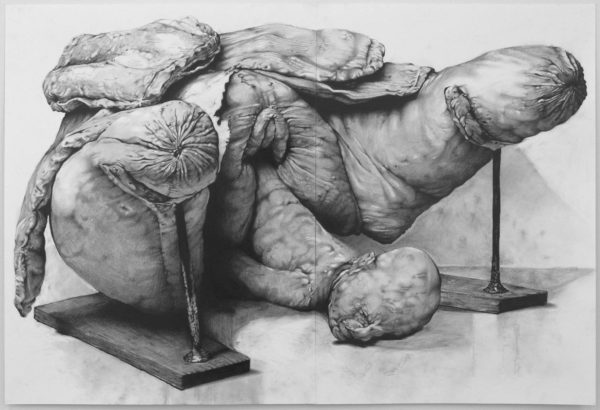 So if the cruelty and pain in the work were just an affectation, or a pose, or presented ironically, would we pick up on that? He’s a good artist because we believe that the work is coming from the relentless cycle of Maunz’s determination to both reject and accept the abuse that’s shaped him and his relationship to the the world. The work is also formally sound. He mostly casts iron, which is unexpected and unusual, and yet entirely perfect for getting across the psychological and physical weight of his subject matter. This is a small, dense, and precise show at Laguna Gloria; it’s three sculptures and two drawings in one room. And it’s plenty, but I encourage you to look up his earlier bodies of work to flesh out his evolving context. 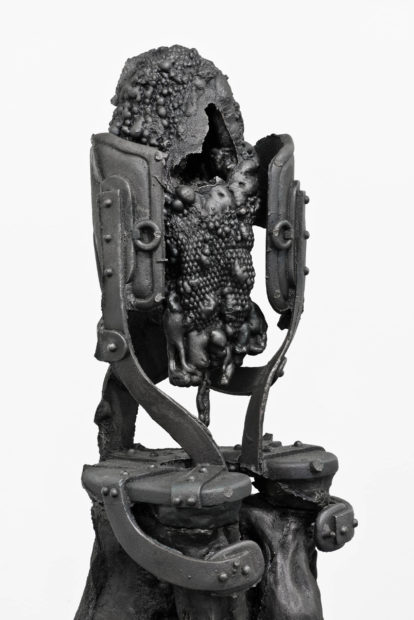 Lionel Maunz, New Mother / You Must Increase As I Must Decrease (detail), 2017. 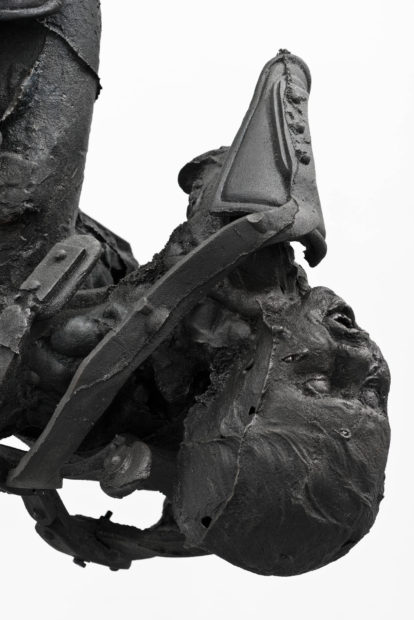 Maunz in person is entirely articulate, calm, and rational as he talks about his work, and yet we’re looking at work that’s so extreme it makes Goya’s Disasters of War look like a Disney movie. As a speaker, he consistently hits on specific major influences that make up a personalized triumvirate of direct and indirect brutality: the work of R.D. Laing, the primate studies of Harry Harlow, and the writing of Peter Sotos. But I think these touchstones also allow Maunz to sidestep talking too directly about his personal history, while validating what he knows of human cruelty. His work’s jumping-off point is his deep disdain for systems—for the nuclear family, for institutions and communities and religions that we’re all pushed through in an endless gauntlet, that completely break and break down any emerging individual. And he finds no conventional redemption for humanity at the end of the day. We’re perpetrators and victims in a feedback loop. 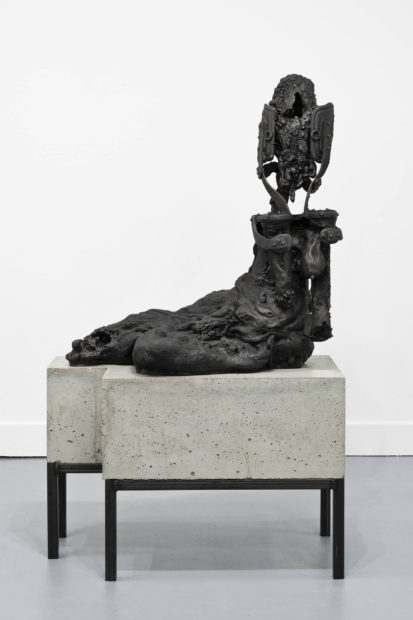 But something else is happening in the work, in all the disfiguration and grotesque, corporeal horror. The mutilations and injuries Maunz visits on his babies and mothers and horses are unblinking yet angry—which means an emotional response and engagement by the artist that can knock a viewer on his ass. Laing, Harlow and Sotos are the colder alter-egos of Maunz, but they’re also compensation, because the artist is determined to make adult sense of what must have felt so senseless when he was a kid. Through his near-medicalizing of his subject, cruelty and its attendant madness are explained, theorized, defended, rationalized, and yet the work itself is madness and pain with the aim and impact of a gun blast. This is something I’d almost like to coin “The Maunz Binary.” He and his work stand both inside and outside of the pain at all times. It creates a weird effect for the viewer, because we believe Maunz has been hurt, and we don’t want to believe that Maunz wants to hurt us, but there’s no way to experience his trip without feeling it.

In the end though, and this is key: Maunz actually finds a kind of beauty—or something sublime—in the transmogrification of the powerless at the hands of the powerful. Because he has to. I think that if he believes that the man he is today has any grace, wisdom, and truth (and even power), it’s both because of and in spite of his past. This belief is the thing that protects him from madness, and drives him to make work that we then grapple with, with and without his help.

At The Contemporary Austin at Laguna Gloria though May 14. Photos by Colin Doyle.

Your Super Tuesday Quote About Texas From Devo’s...