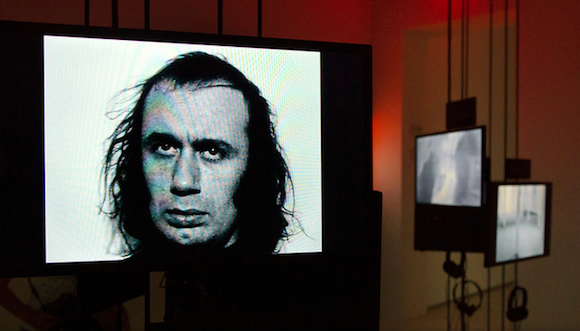 There is no adjective to this headline because Vito Hannibal Acconci was an American designer, poet, landscape architect, performance and installation artist—and not easy to pin down. Acconci died on Thursday at the age of 77. According to The New York Times, Maria Acconci, his wife and only immediate survivor, said it came after a short illness but gave no cause, although many sources cite complications from a stroke.

Acconci began his career as a poet, pursuing his B.A. and M.F.A., and publishing. But by the late 1960s, he turned to performance art, creating “Following Piece” (1969), in which he stalked passersby on the street until they reached a private space, and his most famous piece, “Seedbed” (1972), in which he masturbated beneath a gallery floor for three weeks, eight hours a day, while voicing his fantasies of the visitors above him via a microphone. These, and many video works, created a name for Acconci in that time, but he sometimes regretted them as distractions from other projects. In the past several decades, Acconci turned to architecture, mostly whimsical projects, but often practical enough to be realized.

In late 2001, Acconci presented Vito Acconci: Acts of Architecture at the Contemporary Arts Museum Houston (CAMH). Although organized by the Milwaukee Art Museum, it actually opened at the CAMH because of scheduling issues at the Milwaukee. The organizing venue is usually responsible for working out the kinks of an exhibition, so the CAMH installation was a bit of a mess and Acconci and the crew worked nonstop. When the CAMH director came to fetch Acconci for the pre-opening fancy dinner with donors, he was napping on the gallery floor. “No,” said Acconci. “No dinner.” (Dissing donors—unheard of!)

Vito was one of the most important artists of our time; he was in fact a giant and has influenced countless younger artists. He always confounded everyone’s expectations; once he overcame one artistic challenge, he’d move on to the next. Never satisfied. Ultimately he’s a poet, in whatever form it takes — language, performance, photography, video, architecture and design, dialogue…