Not A Hobby: Rahul Mitra 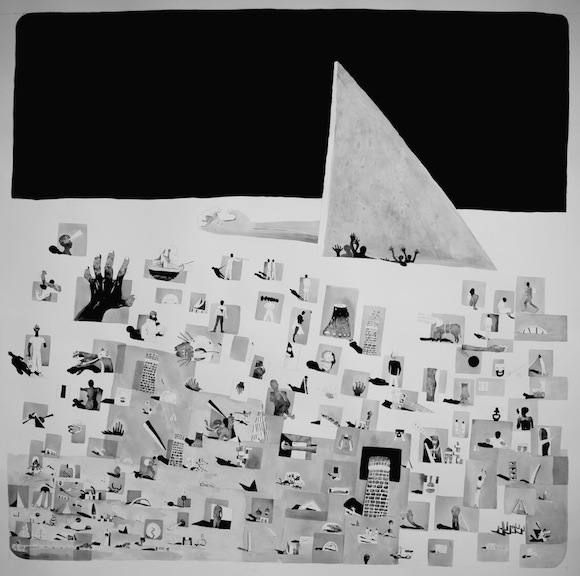 The sixth episode of Not A Hobby features Rahul Mitra. He was born in Hyderabad, India, and lives in Houston. His work is heavily drawing based – mostly black ink on paper – through which he’s created his own visual vocabulary. He sees his work much like notes and his drawings like an extension of his handwriting. Rahul is also a scientist. He is the program director at The Center for RNA Interference and Non-Coding RNAs at the MD Anderson Cancer Research Center in Houston. RNA, or ribonucleic acid, is one of the three major biological macromolecules that are essential for all known forms of life. They are the messenger between our DNA and the ability to produce proteins. A non-coding RNA is a RNA molecule that is not translating between DNA and protein production. So the idea is to introduce non-coding RNA into cells to disrupt production of particular proteins and whatever gene expression they trigger or suppress. Thus non-coding RNA can be targets to treat cancer.

All of this is to say that Rahul is pretty with it – looking at things on such a molecular level, testing out theories that might never come to fruition and all the while looking at society as a whole understanding how external forces can influence us on the microscopic level.

“There is commercial success, success as seen by your peers, or success as you see yourself. And I think, as an Artist, you should fail in all of them to be successful.”

See more work by Rahul Mitra on his website.

You can subscribe to our podcast through iTunes or via Soundcloud.

Mr. Money Mustache wants you to bike to...

Houston: Maybe It’s Not Worth It After All