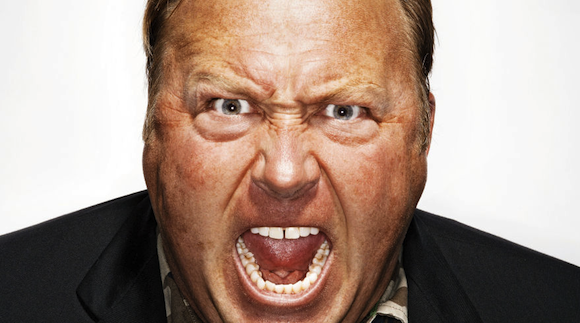 If you think about it long enough, everything is a sort of performance art, but not everyone knows to call it that. But broadcaster Alex Jones is now a “performance artist” and his on-air persona is an act, according to his lawyer, reports the Independent.

In an assault to performance artists everywhere and to people who just like to spread peanut butter on their bodies, Jones is now claiming that broadcasts of The Alex Jones Show, a daily talk show that airs on 63 stations nationwide (which draws a bigger audience online than Rush Limbaugh and Glenn Beck combined), is run by a “character.”

This all has to do with a nasty custody battle (which starts today in a Texas court), but when anything deemed crazy is called performance art, it’s time for performance artists to take a stand against the crazy.