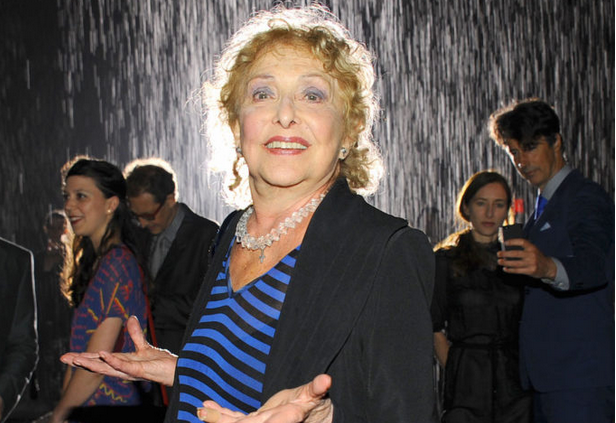 Artist Carolee Schneemann has won the Venice Biennale’s Golden Lion For Lifetime Achievement, reports Artforum and many other art news sources. A pioneer of feminist performance of the early 1960s, she has used her own body as the prevalent material of her art and, in so doing, she situates women as both the creator and an active part of the creation itself.

The chair of the Biennale’s board of directors, Paolo Baratta, states:

Her style is direct, sexual, liberating and autobiographical. She champions the importance of women’s sensual pleasure and she examines the possibilities of political and personal emancipation from predominant social and aesthetic conventions. Through the exploration of a large range of media, such as painting, filmmaking, video art, and performance, Schneemann re-writes her personal history of art, refusing the idea of an ‘his-tory’ narrated exclusively from the male point of view.

While the Golden Lion is a tremendous award, Texas has recognized Schneemann for years, most recently when she was the honoree at Aurora Picture Show’s 2014 Gala. Aurora Curator Mary Magsamen posted on Facebook yesterday: “Yay for Carolee—she deserves this!!! I am so proud to have gotten to know her when she came to Aurora Picture Show to receive the Aurora Award a few years back.”

Schneeman has been a recipient of a number of awards including a 1999 Art Pace International artist residency in San Antonio. She has been exhibited with group shows throughout the state. But perhaps the lesser-known Texas tribute to Schneemann was when the Austin early/mid eighties punk band named themselves after one of her iconic performances, Meat Joy. The band consisted of Gretchen Phillips, Jamie Spidle, Mellissa Cobb, Tim Mateer, and John Perkins (now known as the critically-acclaimed actor John Hawkes from Me and You and Everyone We Know, Winter’s Bone, and many dozens of other roles).

The tentacles of influence are unpredictable.