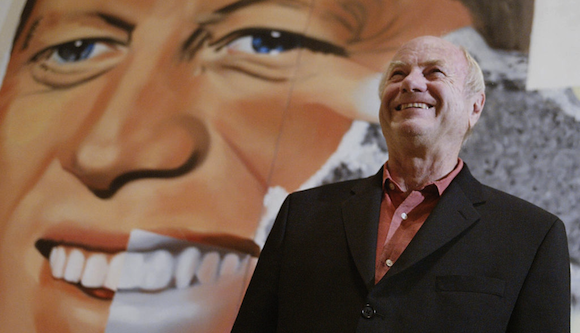 James Rosenquist, posing in front of his painting Elect President in 2004. Courtesy of RAFA RIVAS/AFP/Getty Images via artnet News.

James Rosenquist died at his home in New York City on Friday, March 31 at the age of 83 after a long illness, reports the New York Times. His survivors include his wife, Mimi Thompson; one daughter, Lily; one son, John; and a grandson, Oscar.

Rosenquist won a short-term scholarship to study at the Minneapolis School of Art and studied painting at the University of Minnesota from 1952 to 1954. In 1955, at the age of 21, he moved to New York City on scholarship to study at the Art Students League. His art was influenced by his early career as a billboard painter and, so like many of his Pop artist contemporaries, commercial art and everyday objects became the subject matter for his work.

Rosenquist became a leading figure in the 1960s American art scene and had his first early career retrospectives in 1972 organized by the Whitney Museum of American Art, New York City, and the Wallraf-Richartz Museum, Cologne. The Solomon R. Guggenheim Museum organized a full-career retrospective in 2003, which traveled internationally, and was organized by curators Walter Hopps (of Houston’s Menil Collection) and Sarah Bancroft. When the retrospective exhibited jointly at the Menil Collection and the Museum of Fine Arts, Houston, Christopher French reviewed it for Glasstire. He wrote, “People like to tag Rosenquist as a Surrealist, but these pictures reveal him, in advance of the personal computer, as the original PhotoShop aesthetician.”

In 2009, Rosenquist published an autobiography, Painting Below Zero: Notes on a Life in Art, “Pop Art. I’ve never cared for the term, but after half a century of being described as a Pop artist I’m resigned to it,” he said. “Still, I don’t know what Pop Art means, to tell you the truth.” 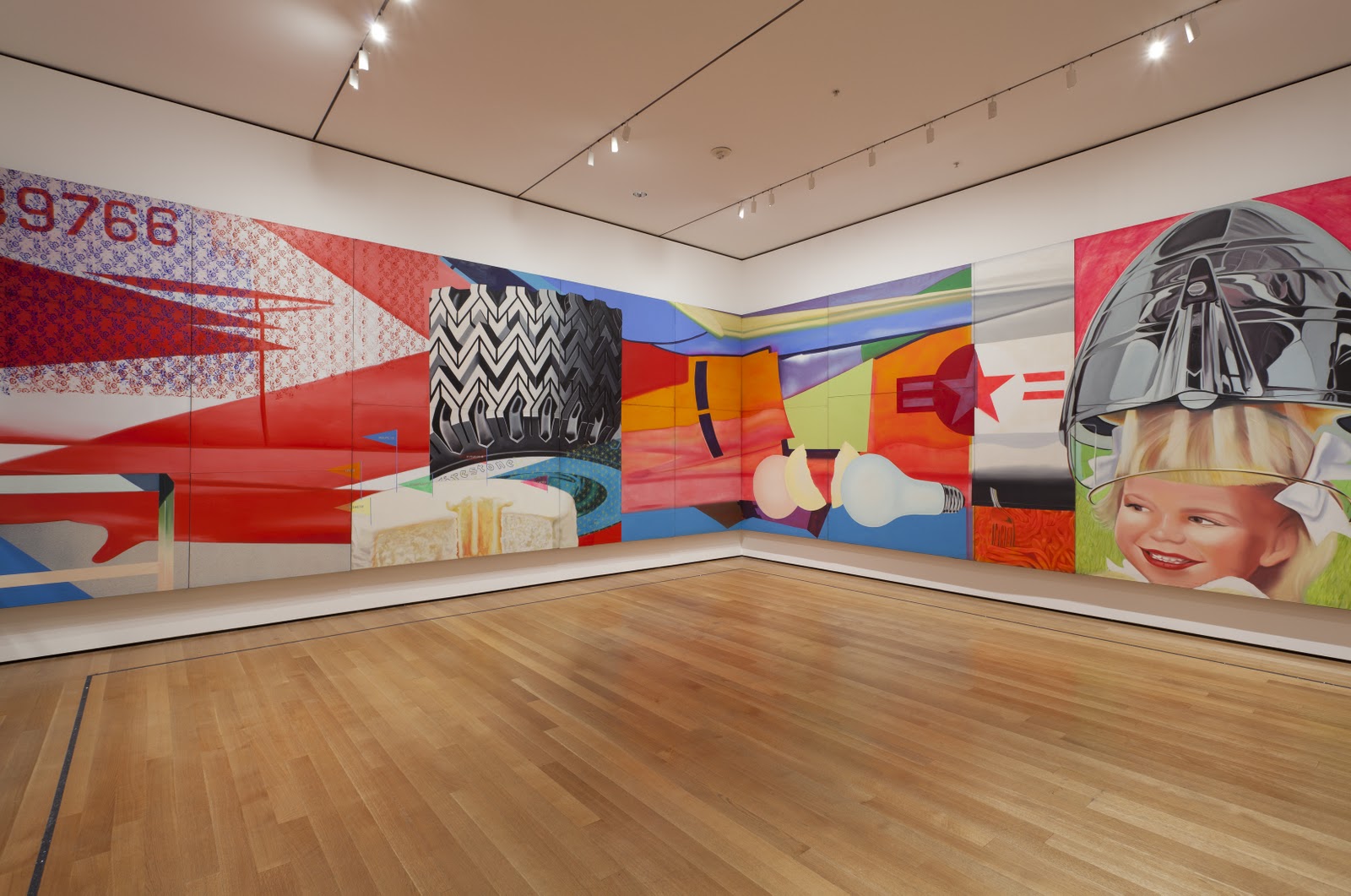 James Rosenquist’s F-111 at the Museum of Modern Art

So honored to have met James during a retrospective exhibition at Blaffer Gallery in the 1990s. He was kind and funny and I will always remember him sitting in the back of my dad’s Explorer signing exhibition catalogues in the loading zone at IAH. RIP.