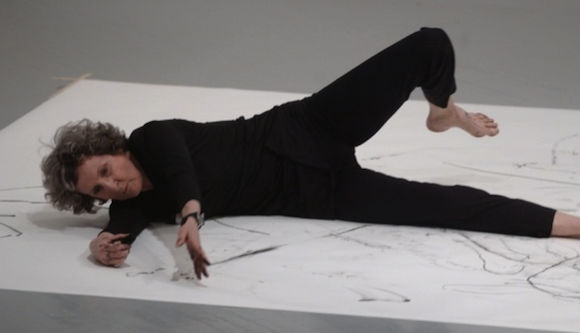 Choreographer, dancer, and visual artist Trisha Brown died on Saturday in San Antonio. She had been treated for vascular dementia since 2011, reports The New York Times.

A founding member of American postmodern dance movement, she not only collaborated with other choreographers and dancers such as Mikhail Baryshnikov, but worked with visual artists Nancy Graves, Donald Judd, Robert Rauschenberg, and Terry Winters, to name a few.

After Brown moved to New York in the early 1960s, Brown began showing her work with the revolutionary Judson Dance Theater in New York, incorporating “everyday movement” into her choreography. Brown founded the Trisha Brown Dance Company in 1970, which continues to this day. In 1988, the French government named Brown Chevalier dans l’Ordre des Arts et Lettres. In 2000, she was promoted to Officier and in 2004 to Commandeur. In 1991, she was named a MacArthur fellow, the first female choreographer to achieve this distinction.

Brown worked internationally and choreographed for the Paris Opera Ballet, but worked primarily out of New York. The Contemporary Arts Museum Houston (CAMH), though, had a long relationship with Trisha Brown. The CAMH co-organized the 2003 multi-media exhibition Trisha Brown: Dance and Art in Dialogue 1961-2001, and had previously presented her dance company’s work in conjunction with the 1984 exhibition Laurie Anderson: Works From 1969-1983 and in the 1998 exhibition of Robert Rauschenberg: A Retrospective in 1998. Most recently, she was included in the CAMH’s 2010 presentation of the group show Dance with Camera.

Burt Barr, Brown’s husband, died in November. She is survived by her son, Adam; four grandchildren; a brother, Gordon; and a sister, Louisa Brown.