Artists and the Six Degrees of Separation (and Connection) 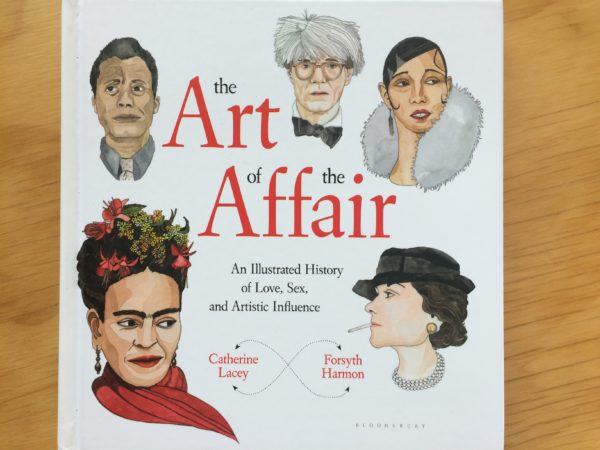 In 1929, Frigyes Karinthy, a Hungarian author, came up with the idea of six degrees of separation in a short story he wrote called Chains (or Chainlinks depending on the translation). The concept became more colloquially used thanks to John Guare’s 1990 eponymously titled play. In the mid-2000s the TV show The L Word had plot lines circling around “The Chart,” a diagram mapping the characters’ romantic and sexual entanglements. Often it seems, particularly among lovers, it takes far fewer than six links to establish a connection between people. Catherine Lacey and Forsyth Harmon set out to create a similar web of (mostly) 20th-century artists in their book The Art of the Affair: An Illustrated History of Love, Sex, and Artistic Influence, which puzzles through the interplay of genius. 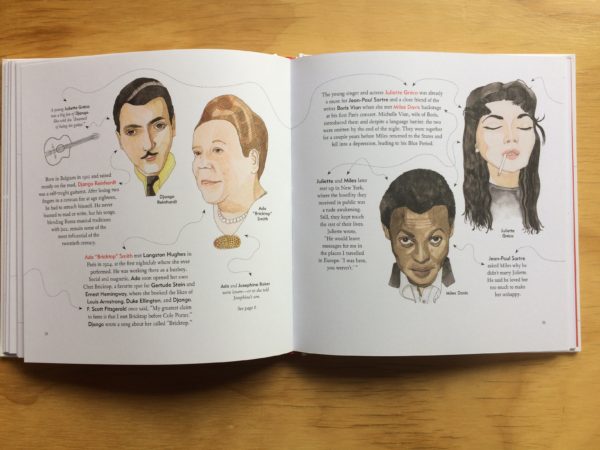 In each of the six chapters, they begin with an image of an iconic artist—say Frida Kahlo, Marcel Proust, or Andy Warhol—and let the string of connections unravel, following dotted lines and arrows to weave a path through the myriad liasons of each artist. Each one is captured by Harmon’s hand vividly; her detailed line drawings are painted in with subtle shades of watercolors that create unusual boldness and depth in the portraits of these icons. Alongside Harmon’s stunning illustrations are short blurbs that frame the involvement of the artists connected by a particular line, describing everything from messy extramarital affairs, unrequited crushes, second and third marriages, lifelong friendships, fruitful mentorships, and inspiring muses. The book doesn’t stop at mapping these involvements and intrigues, though. At the end of each chapter we are given some of the products of these relationships: lists of the books that were produced as cloaked (or blatant) responses to the dramas of affairs including Robert Lowell’s The Dolphin or Jean Rhys’ Quartet; excerpts from lusty letters; quotes about bedfellows; and even a collection of albums by The Smiths, with analysis of the artists that influenced the cover art. 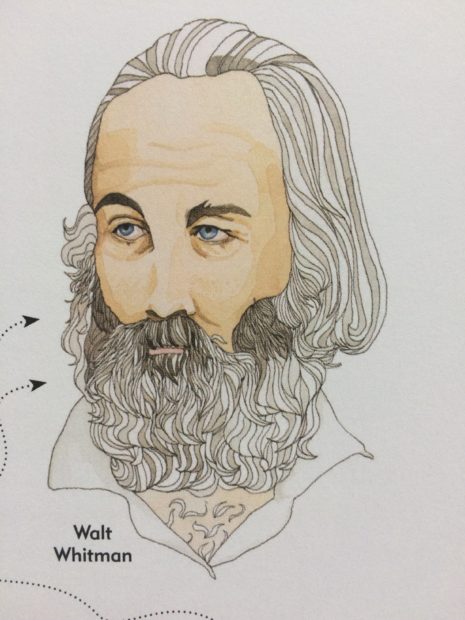 Mapping affairs might seem trite or salacious, but the authors realize that affairs represent much deeper chains of influence and inspiration, particularly among creative types. Artists are notorious for incestuous involvement among their comrades and in reading Lacey and Harmon’s book it becomes evident just how much cross-pollination there is among disciplines. A chapter that starts with Louis Armstrong and winds its way through a gaggle of iconic black jazz musicians like Ella Fitzgerald and Duke Ellington, moves quickly into the world of film and photography—Marilyn Monroe was a fan of Fitzgerald’s and married to Arthur Miller, who hired Henri Cartier-Bresson to work on his set—and swiftly over to the realm of visual art with Peggy Guggenheim’s marriage to Max Ernst, which resulted in divorce when he began an affair with Dorothea Tanning, whom Guggenheim included in a show of female artists in Paris. And so on and so forth… . 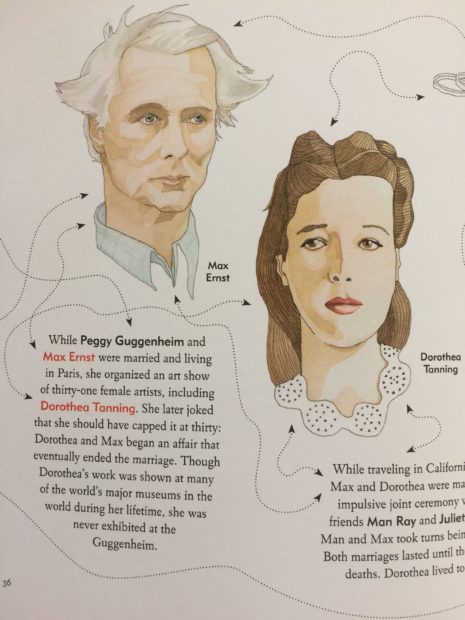 In reading The Art of the Affair one gets the sense that Lacey and Harmon are just skimming the surface, lifting what can only be a fraction of the web of influence up to the light for us to examine. It feels impossible to read the book and not think about our own intersections of influence in the romantic, pedagogic, and collaborative realms. The book does some more serious work, too, reminding us just how radical some of these artists were. Lacey and Harmon ennoble the bravery and persistence their subjects faced with being disenfranchised for homosexuality, cross-dressing, non-monogamy, and skin color. Many of these artists were champions of the avant-garde, and their lifestyles showed it. How did I not know Greta Garbo loved women? Or that Natalie Clifford Barney insisted on non-monogamy? Or that when Miles Davis and Juliette Gréco went out in public together they were scorned for being an interracial couple? We now live in a time where same-sex love is often (finally) celebrated and recognized, and it can be easy to forget that contemporary artists are the legacy of the marginalization that came before them. This book is a testament of the courage binding these great minds, and their trailblazing camaraderie. These artists know the hard truth about what it means to be a pioneer of any sort, and that it permeates one’s whole being.

There’s a special satisfaction from this compact book in how efficiently and elegantly it covers fertile ground. From the devotion of love and wiles of lust springs a creative force, and it’s clear that these chains of artists have had a profound effect on one another as teachers, students, peers, competitors, editors, collaborators, muses, fans, and advocates. Whether they were head over heels, or heartbroken, something came of it; the romantic and creative dialogues were often inseparable. Though we cannot be inside their relationships, we can hold the evidence of how each artist was moved to make something—how each sought to capture these experiences and channel it into something more lasting. Lacey writes, “Seen in a certain way, the history of art and literature is a history of all this love.”

Bonus: If you happen to be in New York City, Forsyth Harmon’s illustrations are on view at Julie Saul Gallery through March 11, 2017.