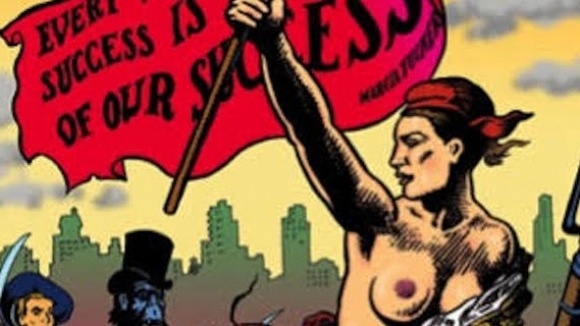 Austin’s Women & Their Work is starting its 2017 Film Series and, so far, the timing is spot on. The first in the series, ! Women Art Revolution, will be screened tomorrow evening, January 31 at 7pm.

Director Lynn Hershman Leeson’s 2010 documentary ! War explores the rise of women in the arts. “From the cultural awareness sparked by the Feminist Movement of the 1960s to the eclectic stories of the Gorilla Girls, this film serves as a pivotal visual archive of the ever-evolving Women’s Art Revolution.”

A little over a week ago marked the Women’s March, the largest protest in United States history. Estimates put Austin’s crowd size at 52,000 and worldwide participants at between 3.3 and 4.6 million.

Below is the trailer for the film: