Non-Graffiti-Looking Graffiti Doesn’t Get Painted Over 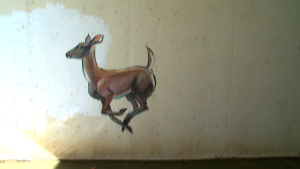 Keller, Texas, a suburban city in the DFW metroplex (population 40,000), has a mystery graffiti artist and the town seems to love him/her, reports CW33 News.

The tunnel under Bear Creek Parkway by Keller’s Town Hall has been riddled with graffiti. This art, though, is closer to cave paintings than big city graffiti. There was a deer that appeared shortly after Christmas, an armadillo followed, and then a bird (a mockingbird: the state bird of Texas?), all in that same tunnel. The bird painting is eight feet off the ground, so the tradition of unlikely graffiti placement remains.

“It looks like he’s doing a Texas theme,” laughed Keller’s Director of Community Services, Cody Maberry. “I’m not sure what he or she’s got in store next.” 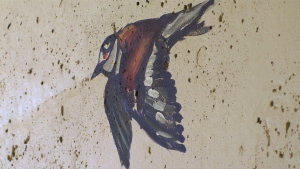 The city of Keller seems to be charmed rather than irritated by the clandestine artwork. Maberry also told CW33, “I’d like to know who it is so we can tell them, ‘You’ve got incredible talent,’ but it’s kind of surprising and neat to know that somebody can do this and you’re just waiting to see what’s going to happen next.”