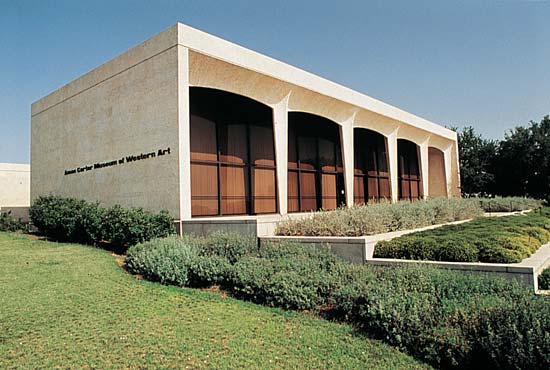 The Amon Carter Museum of American Art in Fort Worth has just announced a massive and historical new gift, given in honor of the late Ruth Carter Stevenson (1923-2013) who was the longtime president of the museum. The $20 million comes from the Walton Family Foundation; Alice Walton, longtime friend of Stevenson is of course the chairman of Crystal Bridges Museum of American Art in Arkansas, a longtime part-time resident of the Fort Worth area, and is of the Walton family founders of Wal-Mart.

The current board president of the Amon Carter, Karen Hixon (daughter of Stevenson), writes: ““Mother and Alice were great friends and shared an extraordinary love and knowledge of art—visionaries both. Alice has been an important part of the Amon Carter and its board for many years. I am thankful for all she has taught me, and words cannot express my gratitude for this gift from the Walton Family Foundation in Mother’s honor.”

The gift will be received over five years, and will establish “an endowment to support future exhibition and education initiatives.” For more info, go here.

Why thank you Alice! Hopefully, I’ll make it to Crystal Bridges again soon.