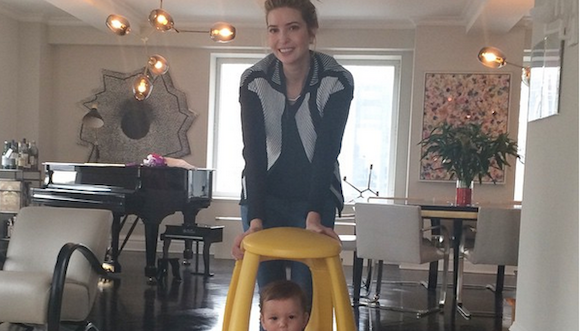 A few weeks ago, artists and activists gathered at the corner of Houston and Lafayette streets in New York City for a demonstration called “Dear Ivanka,” appealing to the President-elect’s daughter to influence her father in matters that she reportedly cares about (women’s rights, environmental crises, artists’ rights, etc.). Not much was heard about the event afterwards.

Now, there are a group of artists that are pissed. They are calling on Ivanka to take their works off of her walls. Trump’s daughter is known for her cool collection of contemporary art, aided by art advisor Alex Marshall, who stated, “I don’t think it’s particularly unique, this divide between people that make art and the people that collect it,” he said. “I think there’s probably a lot more Republicans buying art than there are making it,”according to Inquisitr.com.

Bloomberg, which counted up her Instagram posts (2,781 at the time of the article), noted that many of the pics feature Ivanka standing in front of her artworks. The same group, now expanded, has formed the Halt Action Group (HAG), which pleads for their artwork to be removed from Instagram photos, if not her walls.

Underneath a photo of Trump posing in front of a painting by Alex Da Corte, the artist wrote: “Dear @Ivankatrump please get my work off of your walls. I am embarrassed to be seen with you.”