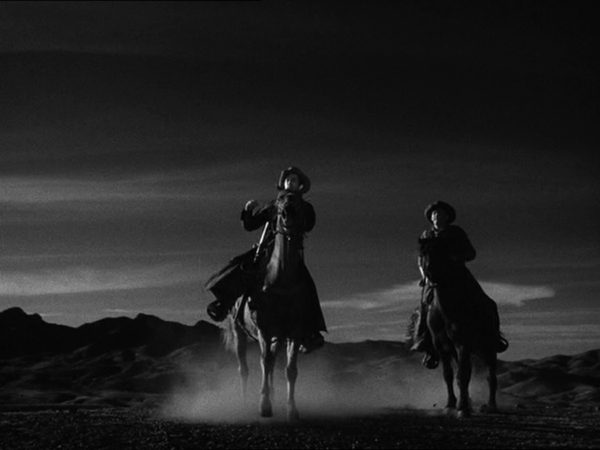 The term “day for night” refers to a photographic trick in cinema: shooting outdoor night scenes in the daytime sunlight and then underexposing the film to look darker, like nighttime. This has been done in all kinds of movies since the days of silent cinema. It’s most effective in black-and-white films, and most noticeable in old, cheaply-made Westerns when an uneventful walk through a small town or a ride across the plains becomes momentarily, inexplicably otherworldly with “moonlight” so bright that it casts sharp shadows and illuminates white clouds in a black sky. That’s good, simple cinema magic—hiding an impossible reality shift in plain sight. It’s also a good name for an experiential festival that lures audiences with big-name music acts and then curates environmental light manipulations around them with video projections and media-art installations throughout. 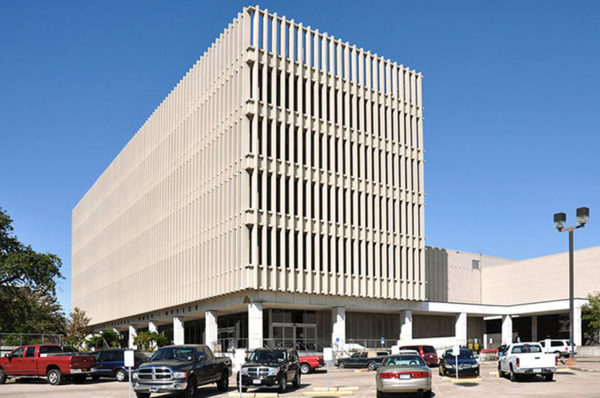 Houston’s second annual Day For Night is coming up on December 16-18th. By now, most in town are aware of and excited about the festival’s headliners, and are at least a little intrigued by its location in and around the former Barbara Jordan Post Office downtown. This 1962 Brutalist building with concrete fins (by the same architects that designed the Astrodome) was the city’s human-powered communication headquarters for more than a half-century. It was our city’s central server for the physical predecessor of the internet, and I’m looking forward to witnessing sound, light, and population transform those expansive spaces through which flowed millions of personal letters, photos, gifts, and tax filings over generations. But I’m most excited about one really special occurrence at Day For Night that, in a way, is hidden in plain sight and might not be immediately appreciated.

Filmmaker John Carpenter has always been underrated, and I thought he’d never get his due. Surely the Oscars would never give a lifetime achievement award to the Halloween guy. The history books are more concerned with auteurs than genre journeymen. Mass audiences generally lump his movies and techniques in with a sea of inferior imitations. At best, Carpenter is recognized as an elder of the horror genre, not as a trailblazing independent filmmaker, an innovative bender and blender of cinematic genres, a sneakily good craftsman of tensions, and the modern torchbearer of Howard Hawks. But a recent resurgence of interest in his minimal electronic soundtrack music, along with helpful guidance from his son, has led to a victory lap around the globe this year that’s perfect for the veteran filmmaker. For this unique, career-spanning celebration, he doesn’t have to put on a tux or even say a word. Just crank up the volume.

Still from They Live

On Saturday, December 17th, the man responsible for such films as Dark Star, Assault on Precinct 13, Halloween, The Fog, Escape from New York, The Thing, Christine, Starman, Big Trouble in Little China, Prince of Darkness, and They Live will be performing his slow grooving, atmospheric electronic film music while clips from his films are projected on large screens behind him. He’s never before travelled with a retrospective (albeit one in montage form), and despite scoring many of his films himself and contributing to those scored by others (including Ennio Morricone), he has never in his life performed live on stage before this year, let alone played big venues with a full band and projections. His show came through Austin and Dallas in June. Carpenter’s upcoming Houston appearance isn’t listed among the top headliners in Day For Night’s promotional materials, but make no mistake: this is a one-time, historic celebration of a life’s work in music, moving image, and the collective unconscious.

The child of a northern family living in a small southern town in Kentucky, Carpenter lost himself in comic books and western and sci-fi movies as a kid. The early 3-D movie It Came From Outer Space scared the young Carpenter nearly out of the theater, but its magic lured him back to his seat. His father taught him a little about music and also gave him the family home-movie camera to experiment with. He went on to study film at USC in the late 1960s and early ‘70s, when a number of cinema’s old masters were lecturing there—among them Orson Welles, Howard Hawks, John Ford, and Alfred Hitchcock. Beginning with his first feature film—the low-budget sci-fi satire, Dark Star (a collaboration with Dan O’Bannon), Carpenter mixed old-style Hollywood craft with an independent DIY ethic and a dark sense of humor. In addition to directing, he also often wrote, produced, edited, and scored his films, or at least had a hand in those aspects.

What he was able to achieve with very little in his first big success, Halloween (1978), says a lot about Carpenter’s approach in general. The movie has an extremely simple plot, a faceless killer, a relatively slow pace, and despite its often being cited as giving birth to the slasher film genre, it shows very little graphic violence or gore. It’s also generally seen as a Hollywood movie but in fact was a low-budget, independent production. There’s really very little there except for what Carpenter has managed to masterfully and resourcefully draw out, conceal, move, and sculpt in terms of photography, direction, moody synthesizer music, existential fear, and a two-dollar mask. His bigger budget feature, The Thing (1982), based on the 1951 Howard Hawks film The Thing from Another World and its source novella Who Goes There?, goes further in establishing tensions around a central threat—one with no discernible face, origin, or motivation—and in a setting of complete seclusion.

Still from The Thing

As I think about his films—especially my favorites made during the first 10-15 years of his career—I’m struck by how effectively they interweave deep and shallow experience. They contain the banal and corny tropes and freaky subversions, and the individual spirit and a collective psyche. His commitment to walking those lines and exploiting the transitions between them makes simple assessment of his work insufficient, and maybe beside the point. Does the tweaking of urban realities and subversion of the John Wayne hero archetype in Escape from New York (1981) serve as a masterful allegory of the American situation or simply as exciting adventure candy? Is They Live (1988) a mediocre sci-fi action flick starring a wrestler, or is it a brilliant and still relevant Reagan-era commentary on class divides and the menace of capitalism’s stronghold? I’d say all of the above. Carpenter’s images, sounds, and dynamic tensions have a surprising staying power in my mind long after seeing the films, and I think it’s ultimately those subjective feelings and fragments that define his work.

Carpenter’s best films have lulls, and his worst films have brilliant moments. Most have the simplest of narrative conceits, but hinge on the most outrageous scenarios. All of them, even the lighter ones, are uniquely tense, dark, and penetrating, unafraid to fully go there and always spacious enough for the viewer to go along with it. What I can say simply and confidently about his lifelong slight of hand is that the “they” is you—both the menacing fear and the afraid, the perpetrator and the victim, the everyman and the badass, the beautiful and the grotesque. I doubt he would call himself an “artist”—Carpenter has never taken himself so seriously as he’s taken his work. But the audiovisual experiences that he’s been able to convey to eyes, ears, and minds around the globe over decades more than qualifies him as a master in my book.

Still from Assault on Precinct 13

I’m excited to see Carpenter’s own curated collage of film imagery set to live synth drones and plodding grooves, to share that celebration with the legend and a crowd of folks, and I’m curious about the experience of this remixed retrospective alongside the other music and contemporary moving image work in the festival. I urge those who are attending Day For Night to make the Carpenter show a priority.