All good dreamers pass this way some day: on the election, and art

The only idea left in Pandora’s Box when all the shit spewed out was Hope.
– Jim Pirtle, 2016 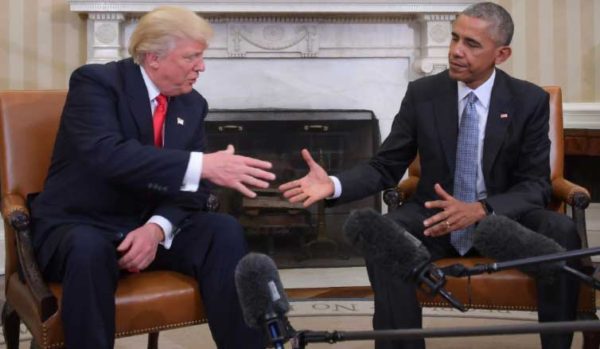 What do we do about this lurching sea of anxiety and mourning, glee and exultation? Before the election, everyone was united in wanting it to be over. Now we are united in the sobering realization that we are living in some rough, nasty times—although whether you think we’re entering or exiting those times depends on your political inclinations. Below, some scattered observations on a most astonishing national moment:

1. Fairness
This week on Saturday Night Live, the comedian Dave Chappelle said “we’ve actually elected an Internet troll as our president.” Even many of the people I know who voted for Donald J. Trump wouldn’t argue this point too closely. 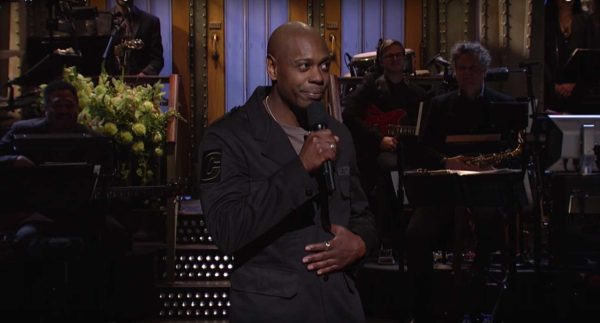 How many times since last Tuesday have you heard politicians say, “well, candidates say things during a campaign, and we shouldn’t take Trump too seriously…” Rather than holding the President-elect accountable to what he’s said, everyone is hoping Donald J. Trump was kidding about that stuff about rapists and pussies and his hands not being that small. Of course, his appointment of Stephen Bannon as his chief strategist means the guy whose publication called Bill Kristol a “renegade Jew” and published lines like “The solution to online ‘harassment’ is simple: women should log off” and “None of the people involved in [the global warming] scam deserve the merest scintilla of respect. They are pure scum.”—that guy is creeping towards the center of the White House like the worm entering Chekov’s ear in the Wrath of Khan.

So yes: regardless of one’s enthusiasm, or lack thereof, for Hillary Clinton, it’s hard to wrap one’s head around the fact that a reality show star who tweeted voraciously about Robert Pattinson and Kristen Stewart’s breakup is now the President of the United States.

Very unfair exclamation point. (Also: would it have been “open and successful” if you lost?) Donald J. Trump’s parents apparently failed to give him the “what makes you think life is fair?” talk when he was a toddler.

And yet: the President-elect isn’t the only one who wants his trophy. The “very unfair” protests he stamps his foot over would have happened regardless of the election’s outcome—I suspect that Trump supporters would have taken to the streets waving guns around had it gone the other way, while Clinton supporters yelled out “she won fair and square!” In one sense, the protestors out there right now and the protestors who got to stay home because their guy won are ultimately just two sides of the same coin. They both think things aren’t fair. They both think the other side is screwing them. They both think they’re the ones suffering, and they’re the ones protecting free speech. Bernie Sanders and Trump were, after all, tapping into the same anger.

Life isn’t fair for blue-collar workers in Rust Belt states who’ve lost their jobs because technology and our global society have changed, permanently, and those jobs are gone forever. (If those people seriously think scrapping a trade deal or enacting some protectionist tariffs are going to get them back their $60K-a-year jobs on the factory line, it’s going to be a cold, hard 2017 for them.) On the other side of the electorate, life also isn’t fair for university students who are now chanting in the streets. They are mortgaging their futures, gouged by the very institutions purporting to prepare them for that future.

Everybody knows we’re in a fight, but the battle lines are being incorrectly understood in our personalized Facebook echo chambers: the fight is not between political “progressives” and political “conservatives.” The fight is the same one it always is, the one for our most cherished, most American principle: that everybody deserves an equal shot, no matter what they look like, whom they love, or where they live. And when we want our tribe to be more equal than others, and everyone else can suck it or leave: then we are the enemy of the American Dream. 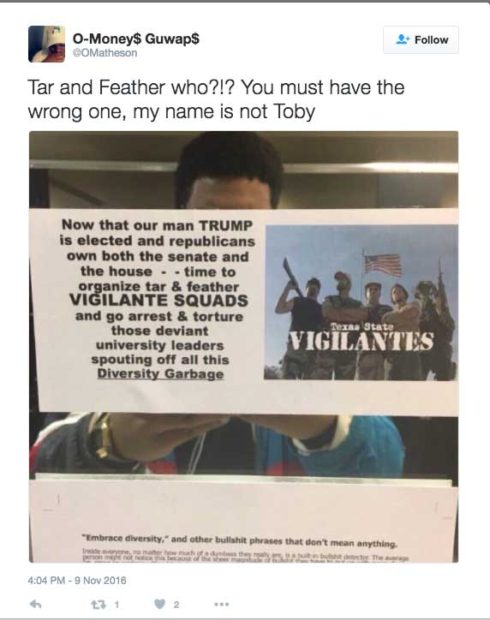 2. The pursuit of happiness
Let’s assume that the majority of people in this country are fundamentally good and well-meaning. I would go a step further and say that most Americans would subscribe, theoretically at least, to a general ethos of “live and let live” regarding their fellow citizens. (Granted, when people depart from tolerance, it’s usually the social conservatives who get violent. Pro-choice activists don’t kill their ideological adversaries as often as pro-life ones do, and gay men get beat up and killed more than they do the beating up and killing.) 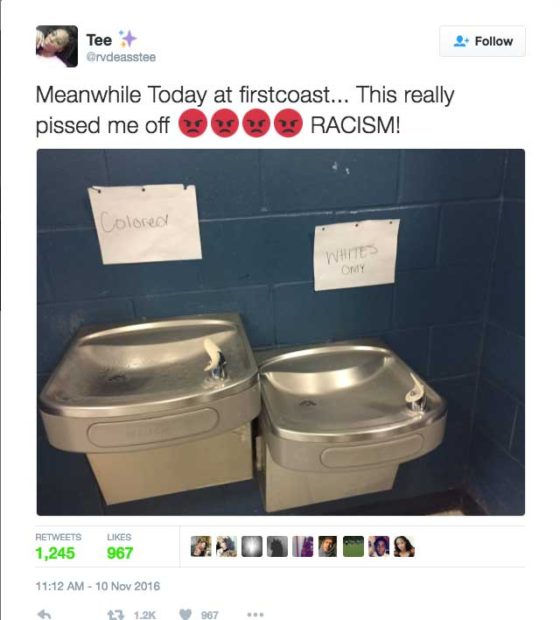 But mostly in recent decades we have been a nation of people who try to get along. This kind of tolerance always comes incrementally: the generation that was shocked at the sight of an interracial couple swinging their child by the arms in the mall is aging out, and my cohort of GenXers will take our own prejudices and no-longer-acceptable parlance with us in due course.

But now we’re no longer interested in getting along, as these images attest—or rather, these images attest to a certain number of people who give the impression of representing a larger cohort because of the amplifying power of social media, which makes us generalize millions of people as awful, which makes us really not want to get along with them. In addition to equality, our founding document asserts that we all have the unalienable right to be happy. It’s a pretty phrase, but it’s easier said than done: when someone else’s happiness bothers us, even when it doesn’t affect us personally, it’s awfully tempting to try and interfere. All sides of the political divide want to cast stones at those idiots who don’t think like we do. 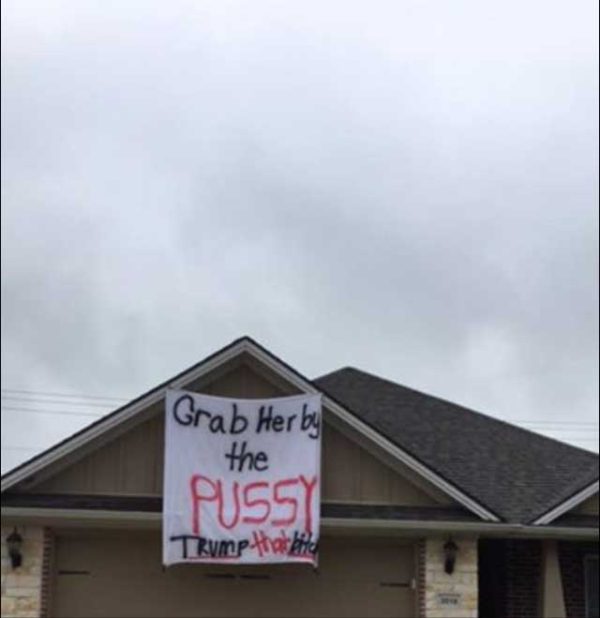 3. Power
Everybody wants privilege. Everybody wants power. People who denigrate the privilege of others do so because they want that same privilege, just as every government-bashing political candidate, from Donald J. Trump back to Ronald Reagan, has badmouthed “Washington” while desperately trying to get in. “Government is the problem,” Ronnie said, without stating the point of his campaign (“let me go become a part of it!”).

Power always seems sinister when the other guy has it, and always benign when we’re the ones holding the reins. We’re the ones who know what’s best for everyone. Not only that, we want to be in charge of what other people think, and right now, we’re not feeling the need to be very nice about it. And we have no idea how to handle the immense power of the Internet for disseminating information and misinformation, for stoking outrage, for eliminating nuance, for inflating the importance of unimportant things, and for public castigation.

4. On the inefficacy of art to effect change (Vonnegut)
So what does all of this mean for artists?

Well, artists should continue to make work and get it shown in galleries and nonprofits and artist-run spaces as they have been doing, if that’s what they want to do. But I also would advise artists not to deceive themselves that a politically-themed installation at a kunsthalle or museum, or even at an international biennial, is going to make much of a dent right now. Kurt Vonnegut put this best:

“Fiction is harmless. Fiction is so much hot air.

“The Vietnam war has proved this. Virtually every American fiction writer was against our participation in that civil war. We all raised hell about the war for years and years—with novels and poems and plays and short stories. We dropped on our complacent society the literary equivalent of a hydrogen bomb.

“I will now report to you the power of such a bomb. It has the explosive force of a very large banana-cream pie—a pie two meters in diameter, twenty centimeters thick, and dropped from a height of ten meters or more.”
– Kurt Vonnegut, 1973

Artists, if you want to affect the larger world, then be in the larger world. Work in the larger world. The first serious reaction piece to Trump’s election in the New York Times was about how the art market would react. This is not unreasonable—the art market is a billion-dollar industry and a lot of people depend on it for their livelihoods, to say nothing of their sense of personal satisfaction and self-esteem. But don’t kid yourselves that your political statement being well-positioned in the middle of an aisle at the Armory Fair is going to matter, either to the people reading Breitbart or to those marching out in the streets right now. You’re going to have to be smarter and bolder than that. You’re going to have to think about what art means in a whole new way.

You have nothing to fear but fear itself. 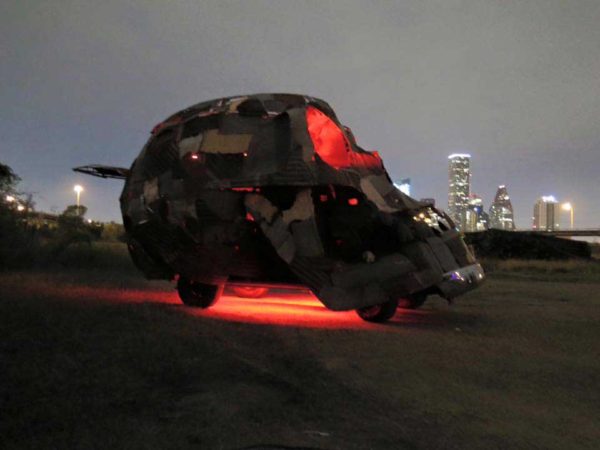