Houston’s Cistern is Back: Now with Sound! 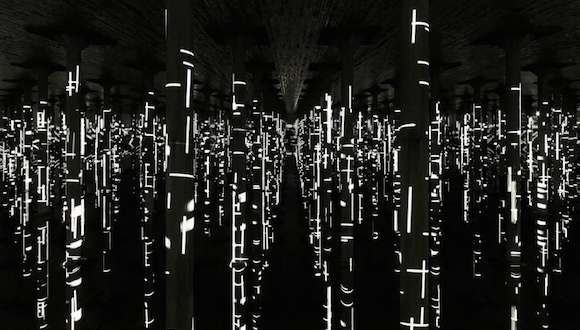 For the past six months, the recently renovated and restored Buffalo Bayou Cistern has been open to the Houston public for tours. Located just off of Memorial Drive, the cavernous underground space was formerly used as a drinking water reservoir for the city. Now, however, it has been repurposed into “a magnificent public space to house an ambitious program of changing art installations.”

And the first of these installations has just been announced! Starting on December 10, the space will feature Venezuelan artist Magdalena Fernández’s video and sound work 2iPM009. The installation, which is owned by the Museum of Fine Arts, Houston, was recently on view in the museum’s exhibition Contingent Beauty: Contemporary Art from Latin America. For its presentation in the cistern, Fernández adapted the video so that it will be projected onto the space’s columns and reflected in the shallow pool of water on the cistern’s floor.

The piece will be open to the public Wednesdays through Fridays from 3:30-7PM and Saturdays and Sundays from 10AM-7PM. It closes on June 4, 2017.