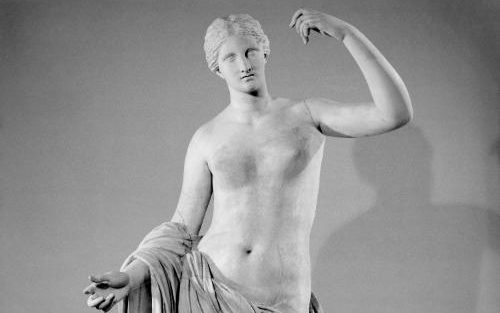 A marble statue of Venus, “one of the British Museum’s most important Roman sculptures,” lost a thumb during the prep for a corporate party, when a member of a catering waitstaff who knelt down to pick something up slammed his or her head into the protruding digit. The catering company was new to the museum. The thumb was evidently knocked “clean off.” This actually happened last December and was reported by the Art Newspaper. This week new information came to light about the incident and was reported by the Telegraph.

The Venus, called the Townley Venus after the collector Charles Townley, came to the British Museum in 1805. It “dates from the first or second centuries AD and is a marble copy of a fourth century BC Greek Venus.”

The Telegraph reports that the damage was fixed in situ during closed hours. Conservators used some kind of adhesive and the museum says the Venus is fully restored.

Another one of her fingers was knocked off by a visitor in 2012.

For more on recent art-damaging accidents and incidents at the British Museum and other institutions, scroll to the last paragraphs and an end sidebar of the story here.