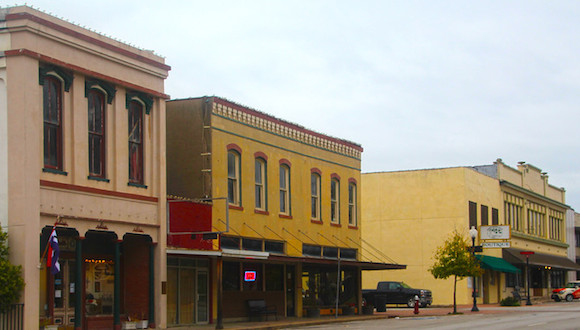 We all know the town of Brenham, Texas because it is the home to Blue Bell, a.k.a. “the little creamery in Brenham” (or, the company that’s recovering from its listeria incident in 2015). Now Brenham has something else putting it on the map: from October 14-16, the city will host the 2016 Texas Arts and Music Festival. All three days feature live music, an art village, food trucks, and more. And the best part is, it’s all FREE!

On October 14 the festival kicks off with a screening of Unbranded, a documentary that follows four Texas A&M graduates on their journey driving sixteen mustang horses from Mexico to Canada.

On October 15, the art portion will kick off—exhibiting artists include Al Souza, Jane Eifler, Elaine Bradford, Shannon Faseler, Damien Lester, and many others.

The festival wraps up on October 13 with a concert by local band The Blue Grooves.

For more info, and to see a full day-by-day lineup, please visit the festival’s website.

There will ALSO be 7 Street Artists from Houston and Austin painting walls starting on Friday the 14th and ending the Sunday the 16th!!!

And ShinyRibs headlining on Saturday the 16th at 8:30…and yes, for free.