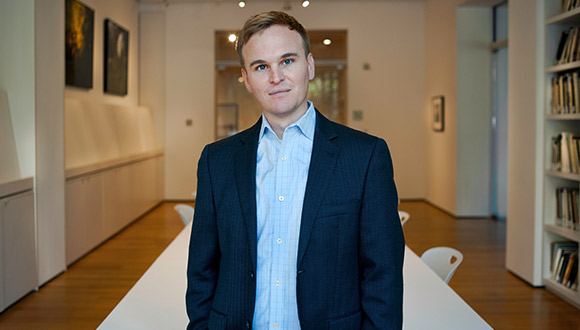 This past week, the Amon Carter Museum of American Art appointed Brett Abbott as the museum’s new Director of Collections and Exhibitions. Abbott comes to Fort Worth from the High Museum of Art in Atlanta where he served as the Keough Family Curator of Photography and Head of Collections since 2011. During his tenure at the High, he added 2,000 photographic prints to the museum’s collection, oversaw more than twenty exhibitions, and was in charge of the museum’s overall collection management. Prior to his time at the High, Abbott served as an associate curator at the Getty Museum in Los Angeles.

Abbott’s specialty—American photography of the 20th and 21st centuries—fits right in with the Amon Carter’s strong photography collection. The museum owns over 45,000 photographic prints by American artists and has an exhibition program that has recently showcased photographers such as Anthony Hernandez, Laura Wilson, Alfred Stieglitz, and Kathy Sherman Suder, among others. Abbott will begin his tenure at the Amon Carter in late October.

This and That: Leonardo Drew and Louise Nevelson

If I can self promote a little, American Photographs, 1845 to Now – is up at the Amon Carter Museum thru Feb. 12, 2017. It includes 70 photographs drawn from the Amon Carter’s permanent collection.

I am proud that my large color photograph in Amon Carter Collection, Shell, was included in the exhibit.