It May Be Too Late, but this Group is Set to Save East Austin Art 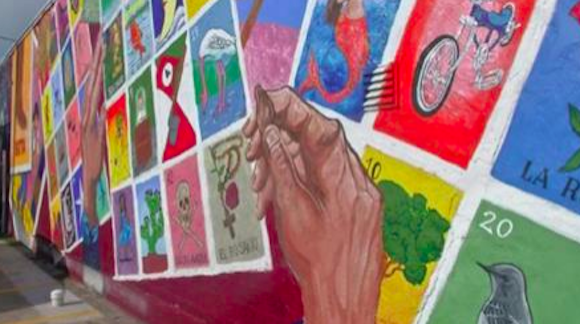 Gentrification is the annoyance of many artists throughout Texas (and elsewhere). Artists, beatniks, and hippies move into a neighborhood because of its cheap rent and make it all cool. Developers have learned to follow them and have gotten better and better at running them out more quickly.

Arte Texas is having none of that, at least when it comes to art. The group formed to save East Austin murals from being painted over or destroyed. They state: “We are local artists with deep roots in East Austin, working to save the historic murals of our barrio and create more to represent our cultura and legacy.”

Most famously, they were able to bring the “La Loteria” mural back on East Cesar Chavez Street after it was painted over by a South by Southwest (SXSW) music festival project. SXSW apologized and paid for the renewal project. Time Warner Cable News reports that the next project Arte Texas will be working on is restoring the murals on the walls surrounding the former Holly Power Plant.