GalleryHOMELAND Gets a New Big Space in Houston 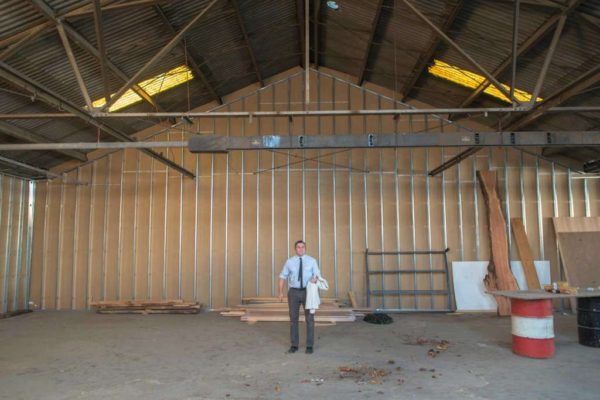 A few days ago, Houston’s galleryHOMELAND announced that it will be moving to a new space in the city’s developing East End. Located at 3401 Harrisburg, part of the 20,000-square-foot Imperial Linen Services building is set to open as the gallery by late October. galleryHOMELAND will occupy 4,200 square feet of the building—its space will be comprised of two galleries, a resource library, a performance space, an office, and more.

galleryHOMELAND, which is run by Paul Middendorf, opened in Portland, Oregon in 2005. After being invited to Houston to curate the 2010 Big Show at Lawndale Art Center, Middendorf moved to Texas and brought the gallery with him. For the past five years, galleryHOMELAND has been running out of a built-out warehouse in the East End. Also for the past year, Middendorf has been operating HOMEcore, a performance space just down the street from the gallery.