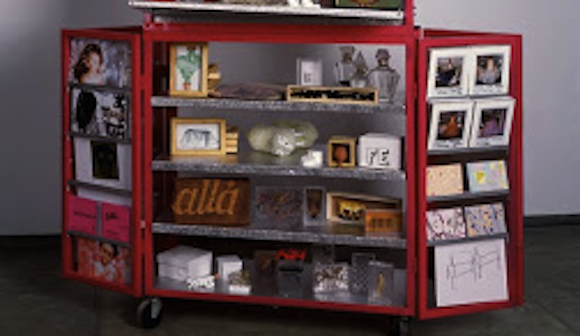 “Changarrito” is an art vending cart based out of Mexico. There are multiple Changarrito carts circulating throughout the world— all with the same objective of promoting original artwork to the general public. First conceptualized by artist Máximo González in 2005 as an alternative to the Mexican cultural authorities, the curators from the Austin’s Mexic-Arte Museum have selected over 45 artists to participate in the Changarrito Project since 2012.