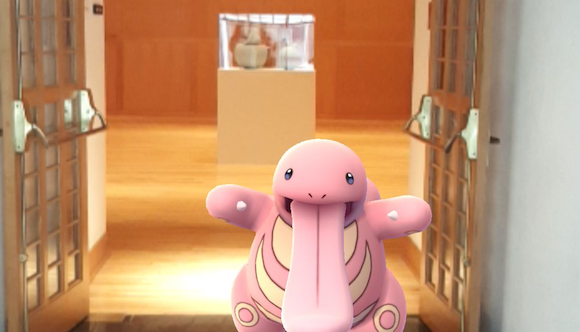 Image via The Guardian

The Holocaust Memorial Museum in Washington asked the Pokémon game developers to remove the Pokéstops from the museum, stating, “Playing Pokémon Go in a memorial dedicated to the victims of Nazism is extremely inappropriate.” Other museums have also experienced problems with Pokémon Go users, reports The Guardian.

Some museums, though, are inviting the game players. San Antonio’s McNay Art Museum hosted a “Pokémon Go McNay Walk (Team Valor)” a couple of weeks ago. Tomorrow night, August 4 from 4-8pm, the International Museum of Art & Science (IMAS) in McAllen is holding “Pokémon Go: Gym Takeover Night at IMAS.” The museum asks visitors to “Explore the science behind Pokémon evolution and Pokémon types during our Pokémon hunt” and to “Dress like your favorite Pokémon or trainer!”

(For those who have no idea what any of this means, read Brandon Zech’s “How the Art World Should Exploit Pokémon Go.”)