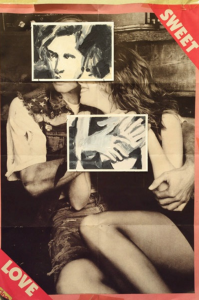 Yesterday the Galveston Artist Residency announced their 2016-2017 artists-in-residence: Leonardo Benzant, Fidencio Martinez, and Pat Palermo. This year, the GAR received a record number of submissions, and the three artists were chosen by former Glasstire editor Kelly Klaasmeyer and former resident Victoria Sambunaris, in collaboration with the GAR staff. A bit about the new residents:

Leonardo Benzant is a multidisciplinary New York-based artist who creates works inspired by his “connection to the trans African-Atlantic diaspora.” He graduated from Pratt Institute in 2010 and has since shown at the School of Visual Arts and Driscoll Babcock Galleries in NYC and 101 Exhibit Space in Los Angeles.

Fidencio Martinez is a recent University of Iowa MFA graduate who was born in Oaxaca, Mexico and grew up in North Carolina. Martinez creates installations, paintings, prints, and cut paper pieces that reference immigration and socioeconomic issues within Mexico.

Pat Palermo is a Brooklyn-based artist, cartoonist, and co-founder of SOLOWAY artist-run gallery and performance space. A 2005 MFA graduate from Bard College, Palermo has shown his work in New York, Los Angeles, Geneva, Milan, and Paris.

(Note: if you want to see a small recap of the recent Artists in Residence exhibition at GAR, go here).

Tonight! Meet and Greet With New Artists At...