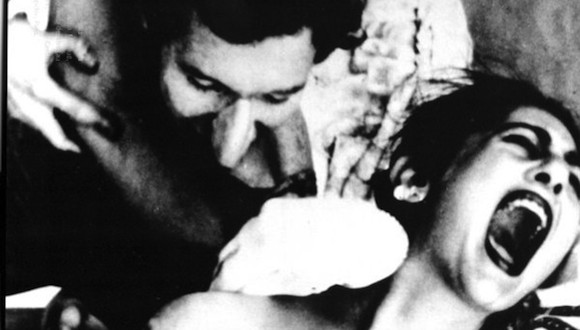 This past Wednesday, QFest kicked off their 20th annual program in Houston! As always, this year’s festival spans both traditional and non-traditional art venues across the city: Rice Media Center, the MFAH, the Houston Museum of African American Culture, and Ripcord, just to name a few. Included in this year’s program at Aurora Picture Show are some fantastic films by queer artist Jack Smith. Aurora and QFest will present 16mm prints of Smith’s short films Scotch Tape (1962) and Song For Rent (1969) along with his highly-influential and controversial experimental film Flaming Creatures (1963).

QFest comes from the legacy of The First Annual Houston Gay and Lesbian Film Festival (HGLFF) in 1996, which was hosted by Loris Bradley of DiverseWorks, Liz Empleton of Rice Cinema, Sarah Gish of Landmark Theatres, and Marian Luntz of The Museum of Fine Arts, Houston. In 2007, along with the appointment of Kristian Salinas as Artistic Director, the festival was renamed “QFest.” This year’s program, like many previous iterations of the festival, is a sponsored project of The Southwest Alternate Media Project (SWAMP).

QFest has screenings through Monday, July 25. Go here to buy passes and see a full schedule of films in the festival.