Trump, who is being derided on Twitter this morning for the speech, is a native of Slovenia, which was part of Yugoslavia before the breakup of that country. She dropped out of architecture school after one year to become a model, and in interviews leading up to her speech last night, claimed she wrote it herself. If we assume that a non-native English speaker from Eastern Europe with limited education can’t be expected to understand what plagiarism is (which, give the woman credit, is debatable), it begs the question of whether staffers in the Trump campaign reviewed her speech before she delivered it, and assuming they understand what plagiarism is: do they care? 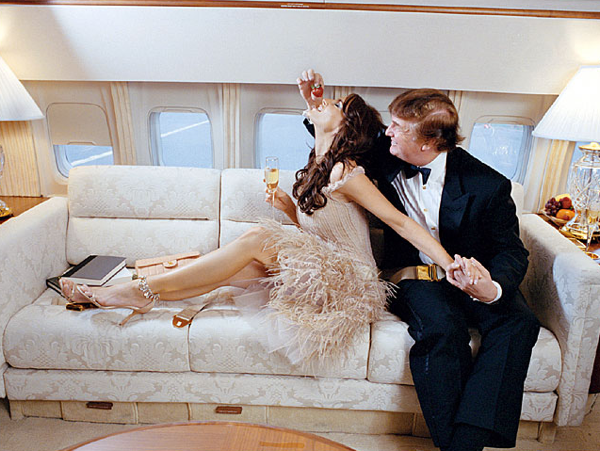 Prince, meanwhile, gets to cry all the way to the bank over this criticism: prices for his Instagram paintings (if we must call them that) have leapt since he won a landmark copyright case in 2013 that exonerated him of using found images in his work. But wait: Prince has been sued again this past January by photographer Donald Graham for a black-and-white image of a Rastafarian that was part of the same Instagram show! (For a recap of Prince’s legal saga go here.) No updates yet on the most recent suit against Prince, but should Michelle Obama’s team decide they want to go after Melania for copyright infringement, Melania should hire Richard Price as an advisor, since he clearly has a better grip on this stuff than her husband’s campaign staffers do. Plus, who more appropriate than Richard Prince to burnish the Trumps’ cultural credentials? 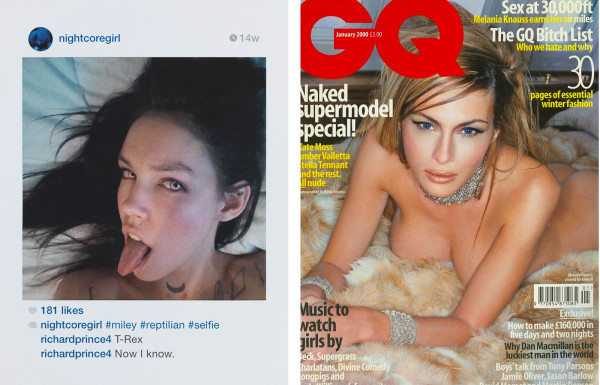 A Richard Prince untitled Instagram portrait from 2014, left, and Melania Trump (then Knauss) on the cover of GQ in 2000, right.

UPDATE 11:50a.m. 7/19/16: Brian May of the band Queen says “We’d never give permission” for Trump to use the song We are the Champions. Which Trump did at the convention.

Donald Graham sounds like a complete jackass. Who surrenders broad image rights under an adjustable contract to a multi-billion dollar multi-national corporation and gets upset when someone else takes a picture of the resulting legal re-contextualized display with additional collaborative content?