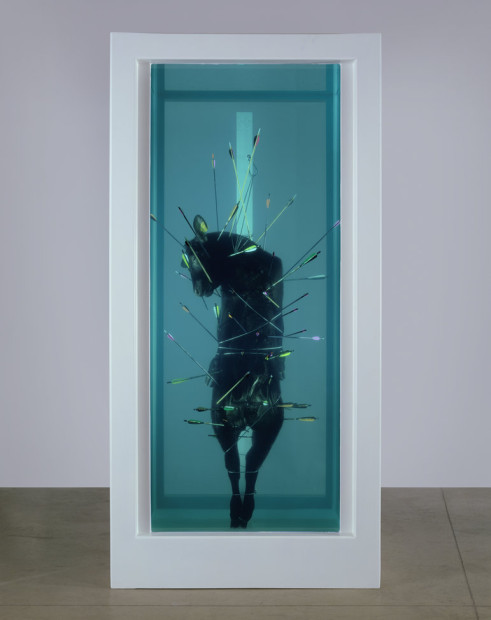 This past April, Glasstire picked up the story that famous YBA artist and art mogul Damien Hirst’s formaldehyde-filled tanks were leaking poisonous gases. Studies conducted by a scientific research team examining Hirst’s 2012 Tate London show had claimed that “the levels of the carcinogenic chemical around the cases were at five parts per million, which is ten times higher than the recommended limit” (via Artnet).

Today, however, The Art Newspaper reported that one of the authors of the study is claiming that the study’s findings are “inaccurate and unreliable.” This comes after Hirst’s company, Science Ltd, investigated the study’s claims with the help of Claire Vallance, an Oxford University professor of physical chemistry. In the tests conducted by Science Ltd, formaldehyde readings were lower than 0.1 parts per million (the European Union regulations set the safety limit at 0.5 parts per million). A spokeswoman for Hirst’s company concluded:

It was agreed that there cannot have been formaldehyde present at the dangerously high levels originally cited in the paper and, accordingly, there was never any risk to the public,

So Dallas, fear not: be free to go bask in the glory of The Goss-Michael Foundation’s Saint Sebastian, Exquisite Pain.

There was a health risk to the steer though . . .